How We Chose Her Name

Our little one is already 2 years old, but I don't think I ever shared why we chose her name.

Since we wanna get pregnant again, like tomorrow, baby names have been on my mind. My sister is also expecting twins in April and they are keeping the names (and the sexes!) a secret. That's a complete 180 from her last pregnancy, when she called me up right after her 20-week ultrasound and said, "It's a girl, her name is Emma Grace."

To which I replied, "You can't name her Emma! It's the most popular name in the country!"

I've always been kind of obsessed with the birth name popularity. Even way back here in my early blogging days, I had a tab on all the babies born the previous year to people I knew. (Liam and Sophia were the big ones in 2010. I would say Henry and Lucy have been popular in my circles recently.) I still check the SSA site a bit, but not nearly as obsessively as before. (I can't wait for the 2013 list to come out though!)

So taking that into account, our child is named Cora Elizabeth. 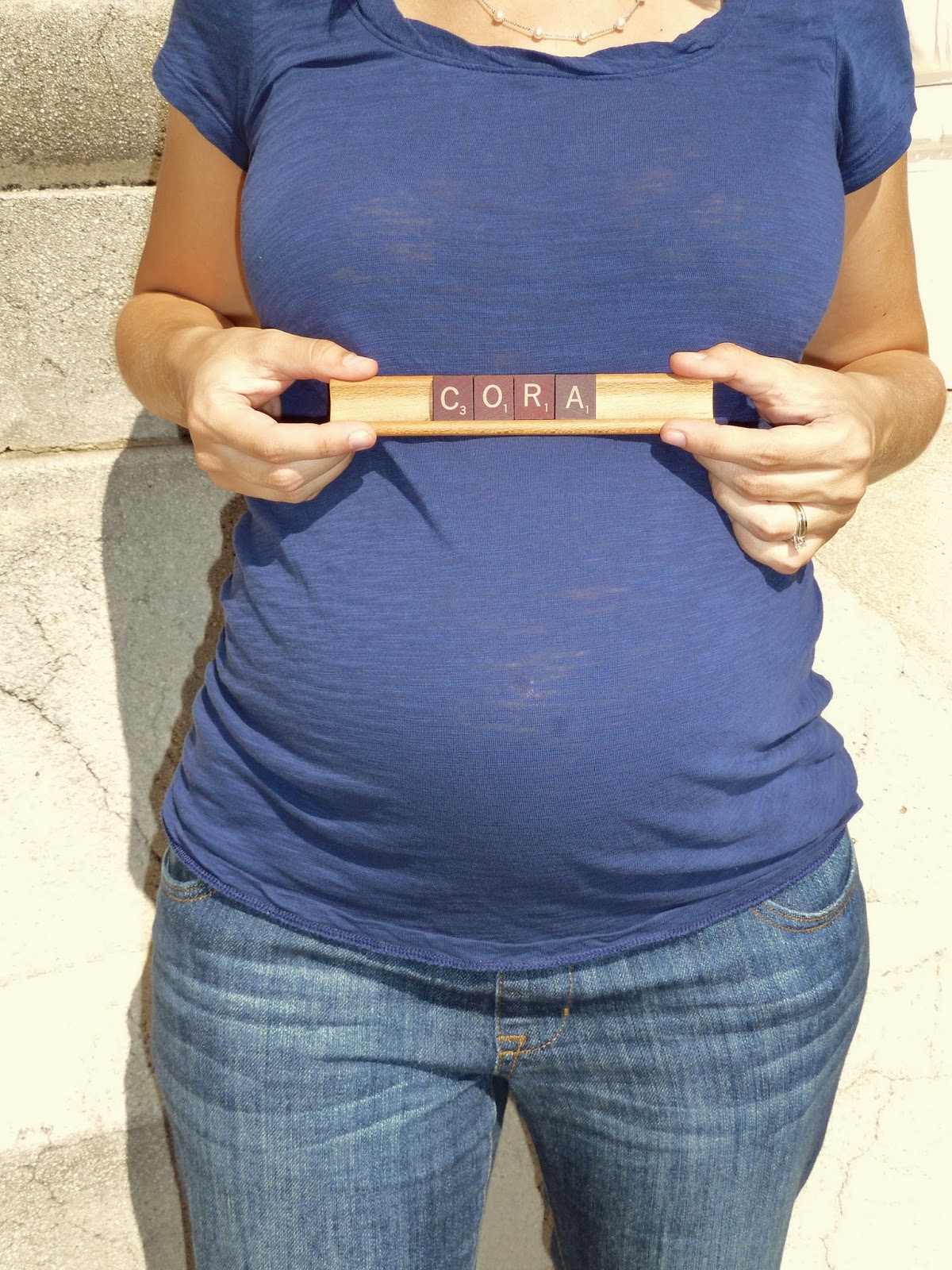 We kept the name a secret, which was good because we didn't even name her until a good hour after she was born. We walked into the hospital with two names we liked, and just figured one would fit her better. (We did each name in the scrabble tiles during our maternity photos.) I delivered at 1:30am, so I was still in a daze from the birth and kept waffling on the name when finally B put his foot down and said, "Let's go with Cora." Once it came from him, I knew it was right.

At some point in my pregnancy, I got some baby name books from the library, and both B and I pored through them. We had lots of caveats: no names that usually get shortened to nicknames, no going by the middle name instead of the first, no initials that spell a word (JEW was a real possibility and it just bothered me since we're Catholic), and B was slightly opposed to anything longer than 2 syllables since we have a 3-syllable, 10-letter last name. (I did not agree with him on that last one, since I reminded him that he has 2 brothers with 3-syllable names, and they don't seem too hindered by it.) We were having a tough time agreeing on anything, so we finally split up and each wrote down a list of names we liked.
My husband's list contained popular names from when we were born in the 80's: Stephanie, Sarah, etc. Nothing against those names, but uh, I didn't want an 80's baby born in 2012. My list had more of those 'grandma-turned-modern' names, like Charlotte, Virginia, Nora, etc.

Cora was on my list. He shot down Nora, but somehow Cora was okay with him. The baby name book said it was a Greek name and meant "maiden." Nothing objectionable there. I knew at this point to NOT inform B that there is a Food Network chef named Cat Cora. He would have nixed it right away. He found out in the hospital after we had named her, from one of the male nurses who asked him if he watched "Iron Chef." Too late now, sucker!

For the middle name? We knew we wanted a more Catholic name for the middle, since there is no St. Cora (yet!). I also didn't want a kid with the exact same initials as I have, so anything starting with A was out (my middle name is Ann; my mom's name is Alyce so that got tossed as well). We waffled about Claire (with the i!) for a bit, but Elizabeth won out. We agreed that St. Elizabeth (the biblical one) should be our girl's patroness. 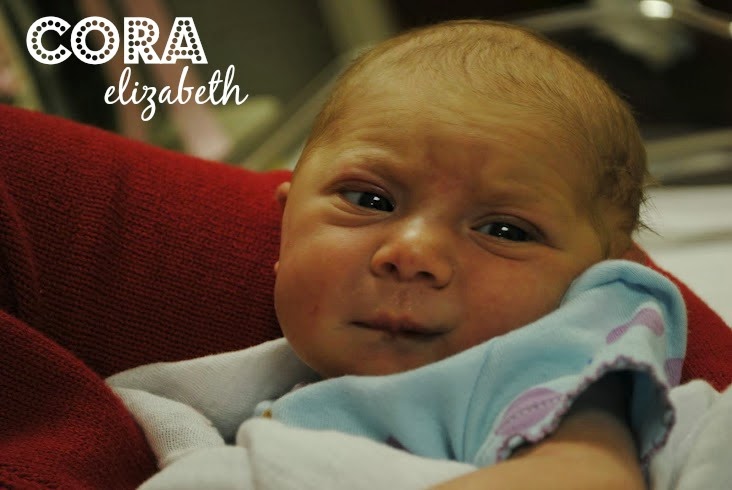 I think the BEST part about keeping the name a secret was that I did a baby pool and added a name category to it (you can still see it online!). Seeing what other people thought (or hoped) we would name her was hilarious--I even printed the whole thing out for her baby book. My dad, whose name is Charles Harvey, chose Charlene Harvette. Sorry, Dad, maybe next time.


Linking up with Team Whitaker's Baby Names Story linkup. Check it out!