For Cora's 2nd birthday party, I found these invitations in my stash of stuff from (pre?)college. 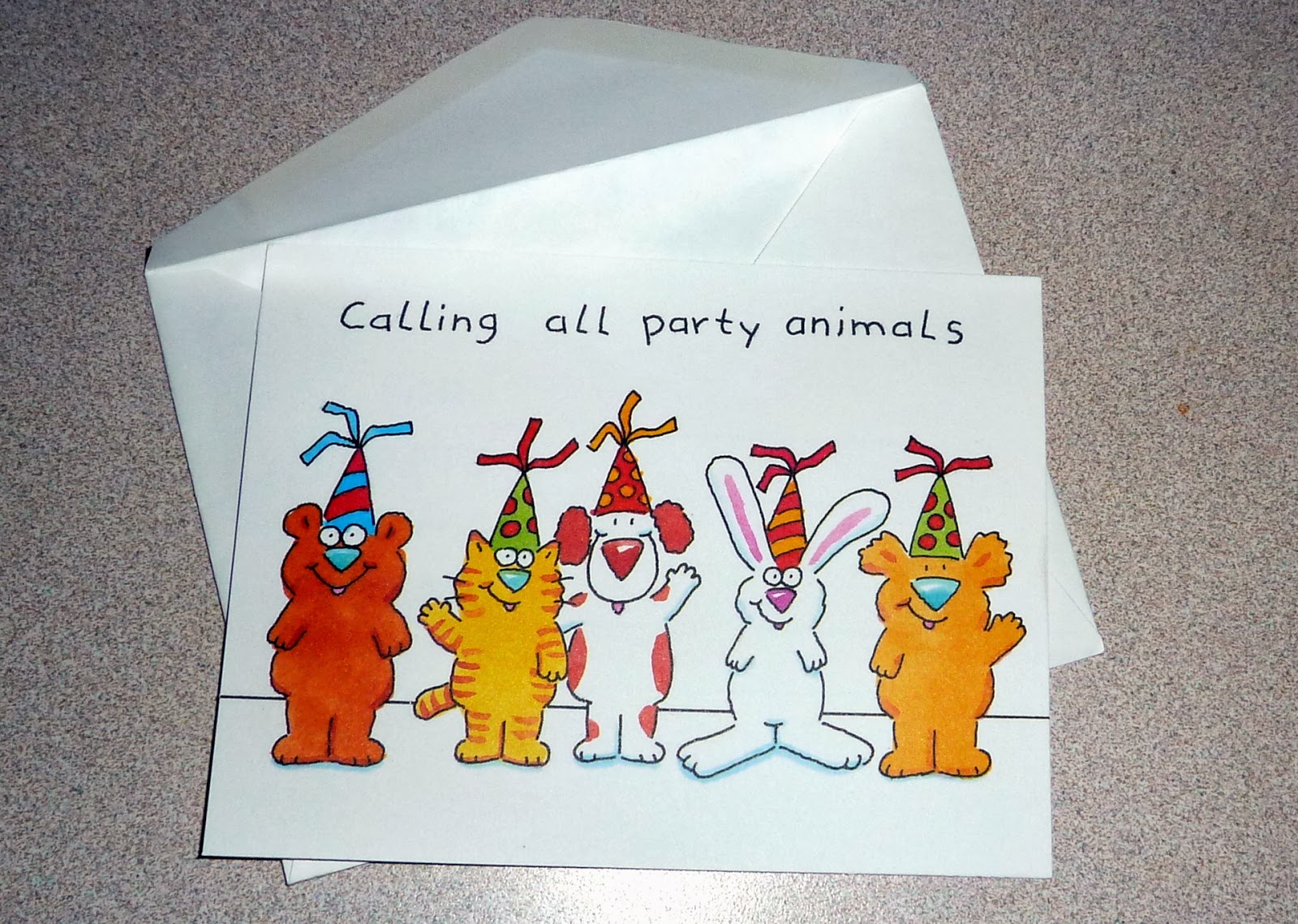 Looks like my party theme just chose itself. Animals!

I looked at Pinterest a little bit, but I'm not one to go crazy with a theme. A lot of the Pinterest stuff narrowed it down to one category of animals (jungle animals, mostly). I decided just animals in general would make my life easier. Plus, the guest of honor was turning 2. She didn't give much input.

Let's start with purchased stuff. I bought some plates and napkins at Wal-Mart and Meijer. 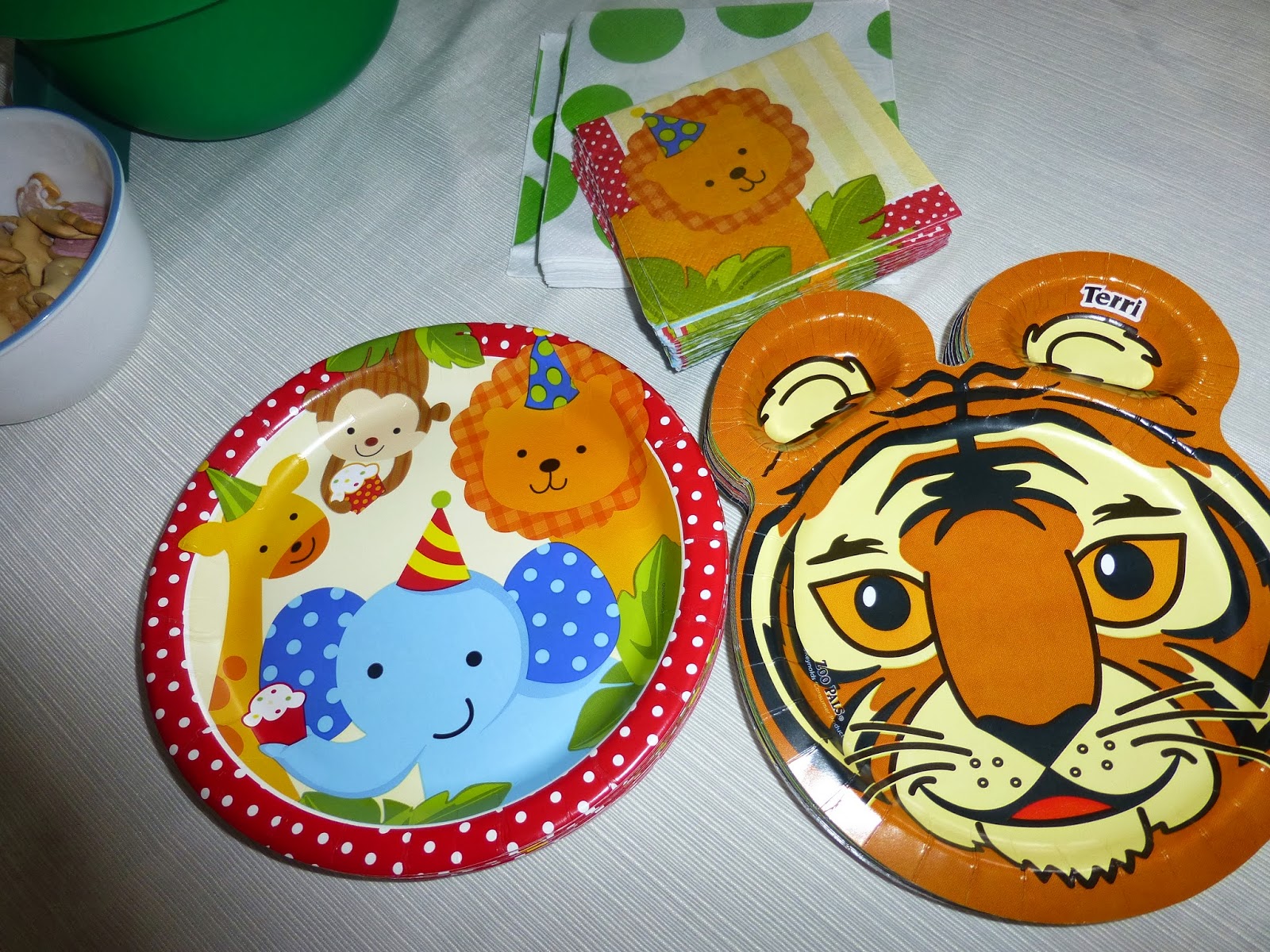 I really love those cutesy animal plates and matching napkins, but they were part of a Baby's 1st Birthday line, and were the only things without the number 1 on them. I probably would have bought the rest if it was a year ago. (They were from Wal-Mart and very inexpensive.) On the right is Zoo Pals plates because I love them--each one is a different animal.

From Party City, I got a Pin the Nose on the Lion game. Even though there were no other young kids in attendance, it was a hit! B's brother and cousins were into it, and my mom forced me to play as well (and then I forced B, so basically everyone under the age of 31 played.)

Okay, onto the food.

First, what animal-themed party would be complete without animal crackers? None, I tell you. None.
The rest of the food all had animal 'themes' (in a loose sense of the word).

Protip with these that got figured out as we went along: half an apple is perfect for jamming the pointy ends in to.


So after we played games, devoured all the food, opened all the presents, we of course had to have some cake. 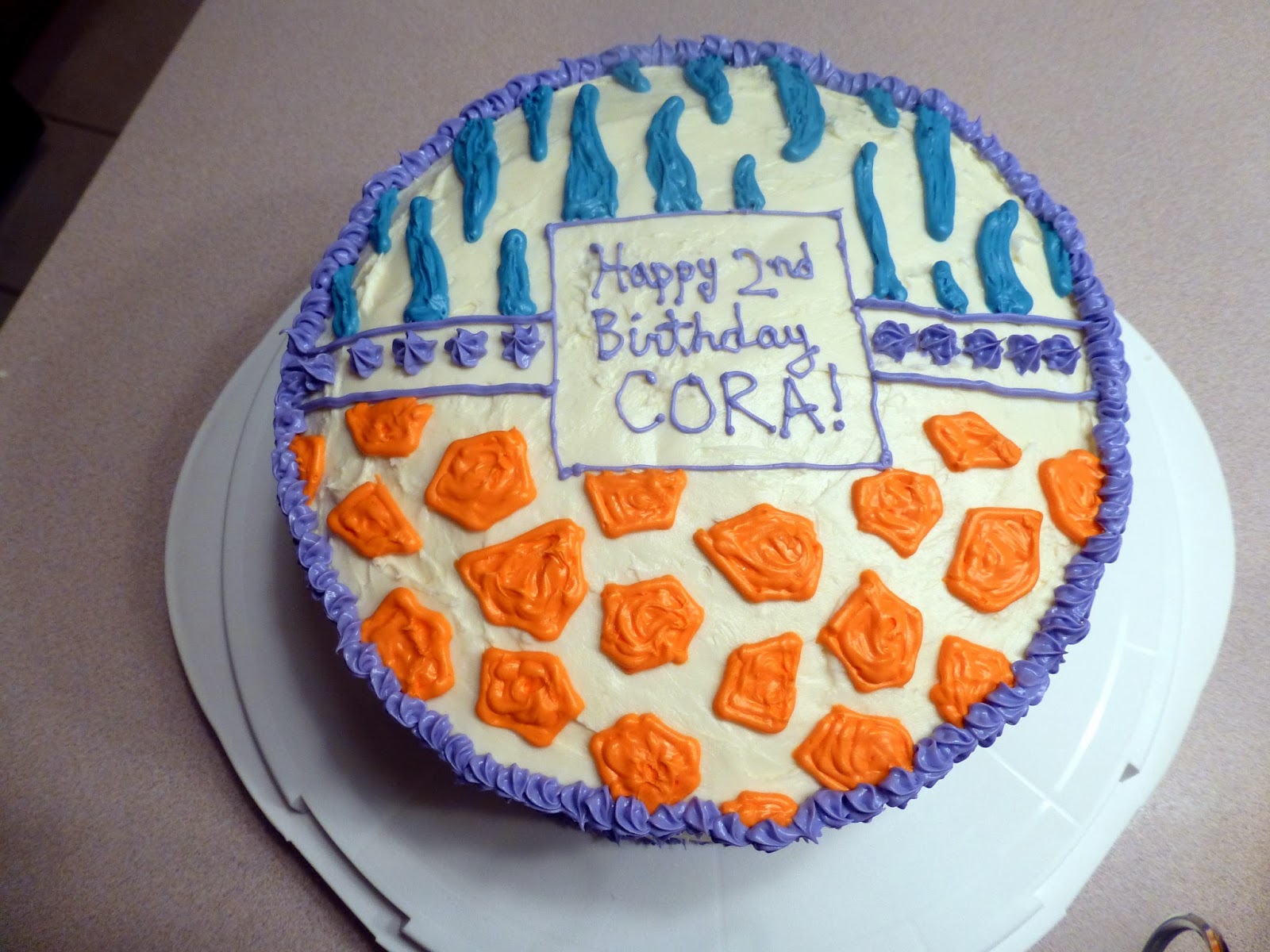 The cake was strawberry with vanilla frosting. It was so good! 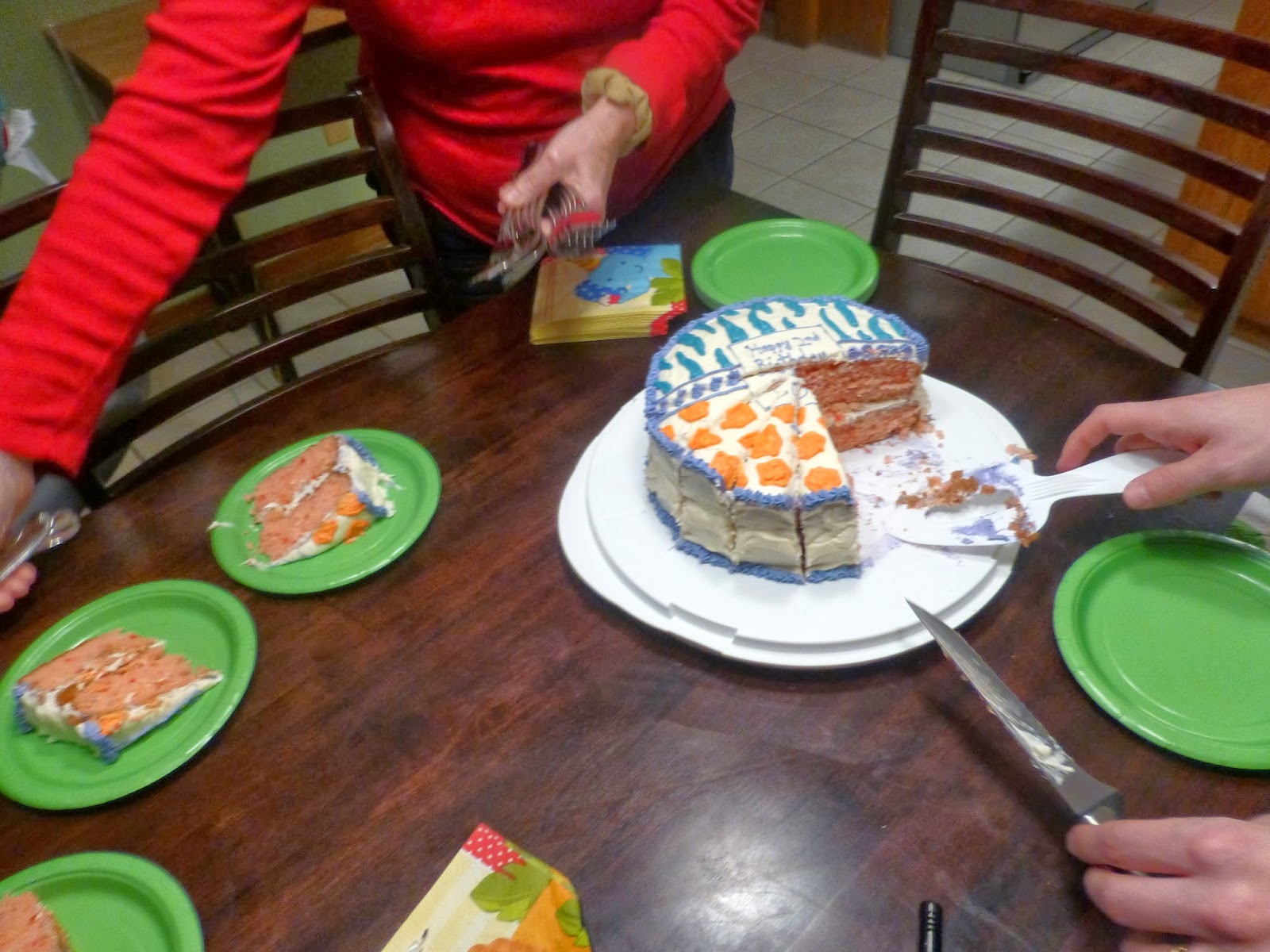 I also made Cora her own little cake using a mug cake recipe and making it in a ramekin (in the microwave). 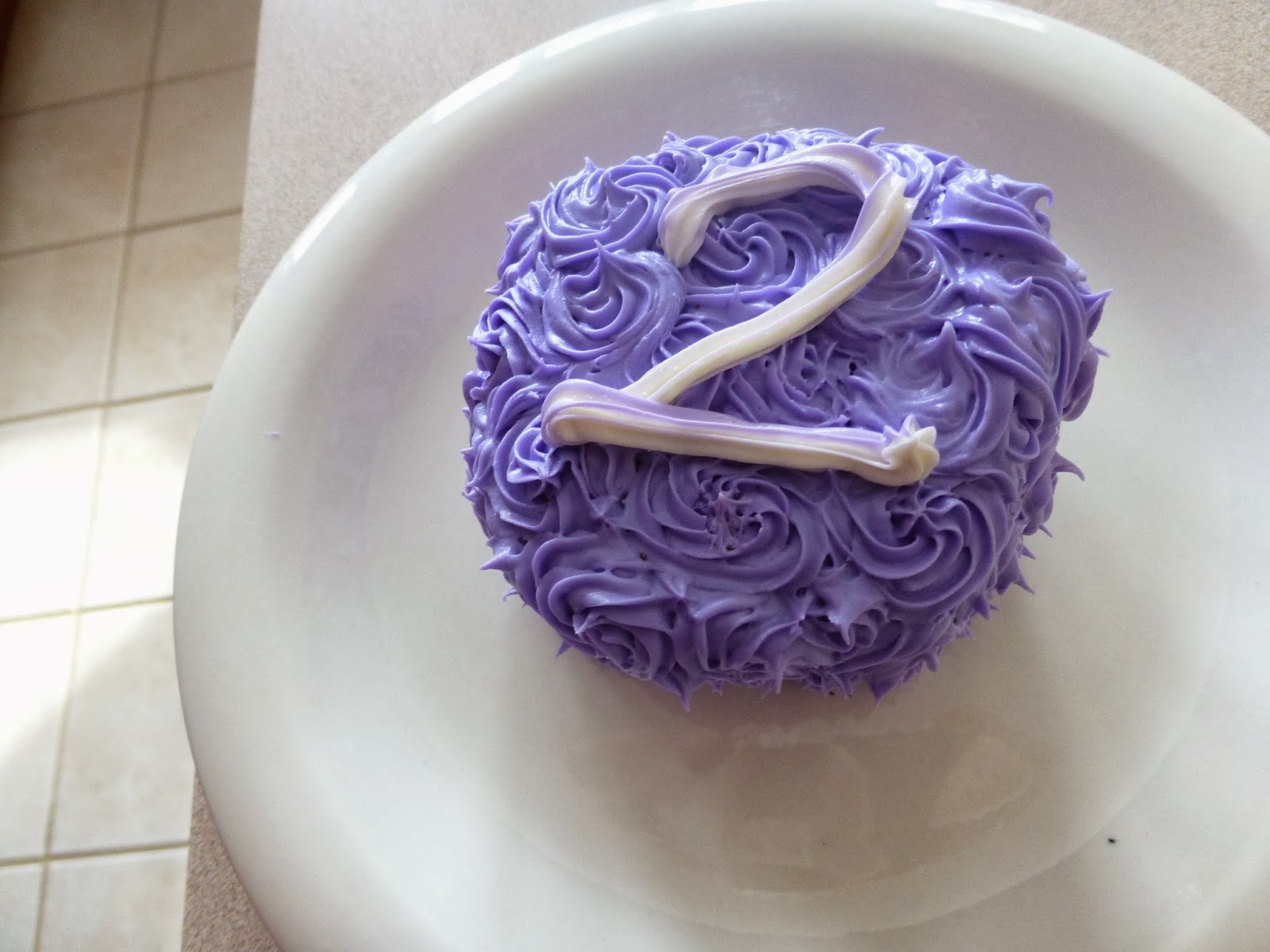 While we were singing to her: 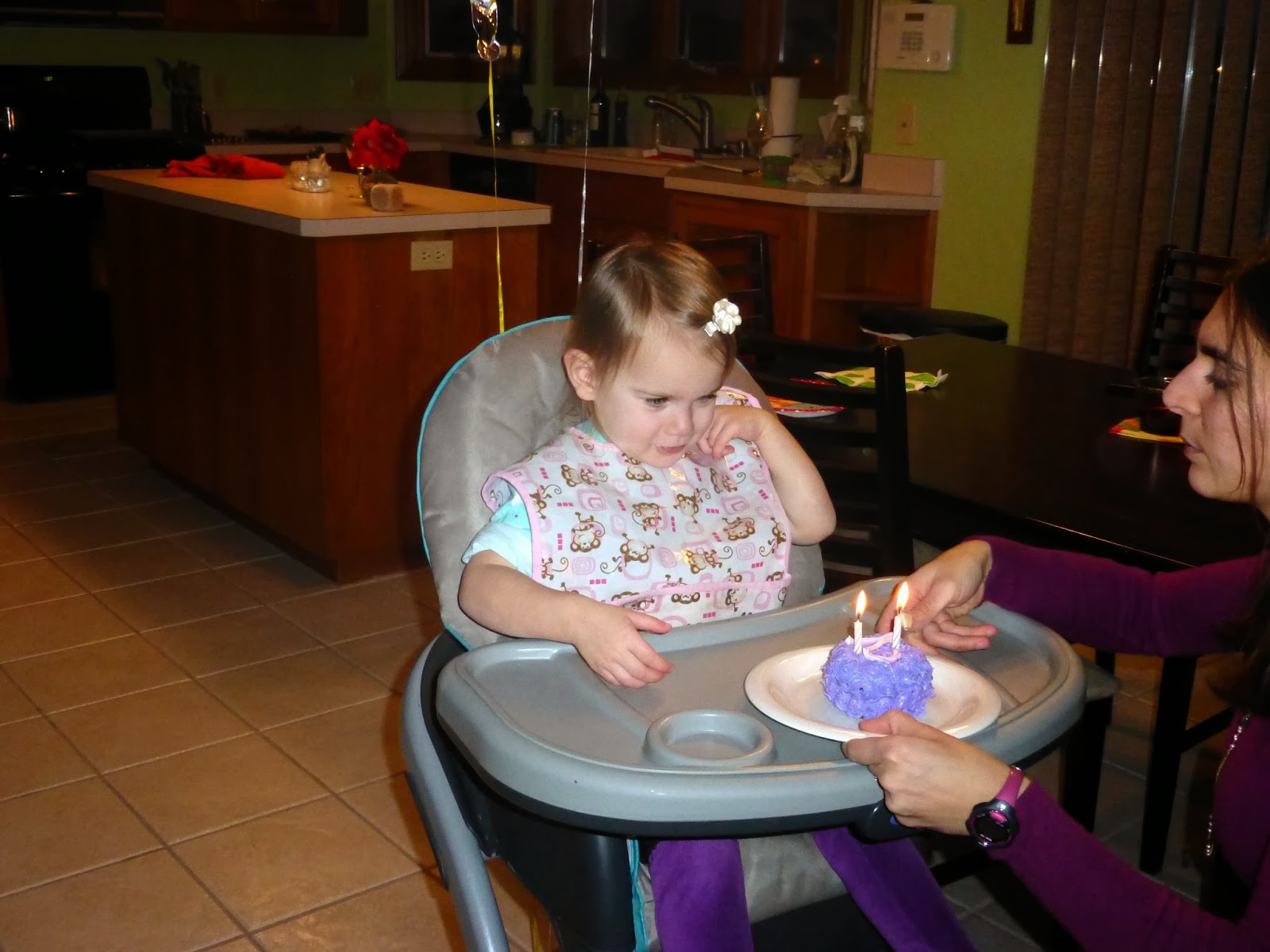 Some other thoughts on this party:

I'm glad my mom was here to help. Not sure if she'll ever come back for Cora's birthday again because the weather here is awful in January--and then her flight back got cancelled, of course. There was basically a blizzard happening the day of her party, but there was no way in heck I was cancelling. Everyone showed up, though! (My in-laws drove up from Indy and the first thing they said was, "We're moving your birthday to June!") And everyone had a great time. We will continue January celebrations, even if it means she is only celebrating with Mommy and Daddy and her stuffed animals.