Thank God For the Crabapple Tree

Because the crabapple tree out our window brings the robins. The robins who hang out up here all winter, just like we do. 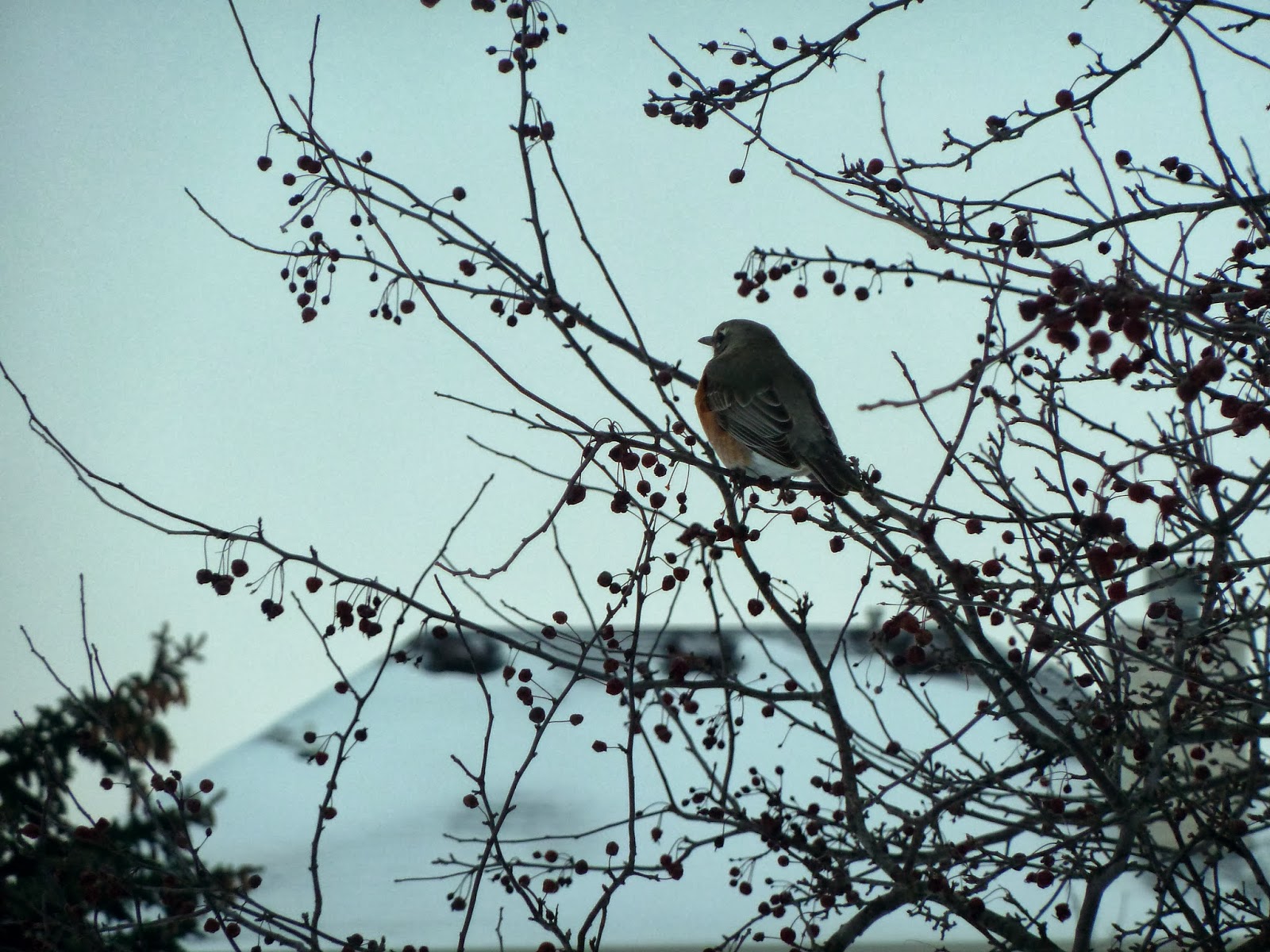 This winter. Ugh. I already whined about winter last year, calling it the "least frugal thing I have ever done" -- and, uh, now I'm kinda looking back fondly at last year. I just deleted a huge paragraph of whining about the snow and the cold. (I'm sure I've complained enough on Twitter anyway.) There has been snow on the ground every day in 2014. That's longer than Jesus spent being tempted in the desert, y'all.

But let's not dwell on that.

Let's focus on the good things instead. The weird and fun things I'm still learning about living in a winter wonderland.


*Well, I do remember something from my youth about a trash can lid, an inch of snow, and accidentally sitting on a cactus. But let's not count that.
Aside from the dirty snow piles, the calories I've expended shoveling the driveway, and the blown-over snowman in our front yard, if you really look at all of this fluffy white as a whole, God really shines as a master artist. And he even gave me some cute little birdies to gaze at out my window.
Labels: winter