I've been seeing this sentiment go 'round the interwebz recently:

I generally agree, and that's why there haven't been too many posts with "Stuff I've Made" recently. Also, sometimes when I finally get to doin' something, I rarely also find the time to blog about it.

I made a comment on a friend's Facebook wall who posted this that I think these Pinterest mommies just never sleep, since I can never get anything like that done until after baby goes to bed for the night. I found out how true that was the night I made these: 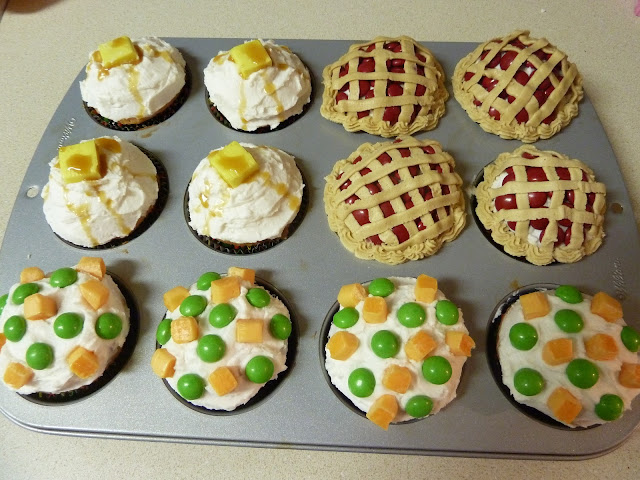 I made these for the Thanksgiving (Round 1) at B's grandmother's house, which happened yesterday. They were a hit, and I got to impress the in-laws, but I was up until midnight the night before doing them. Dumbo/masochist me decided it would be a good idea to make half of the batter as mini cupcakes. Great idea in theory, but at 11:15pm, I stared down at them and realized I still had another 12 to go. Sigh. At least it forced me to watch the end of that Stanford/Oregon game, though. 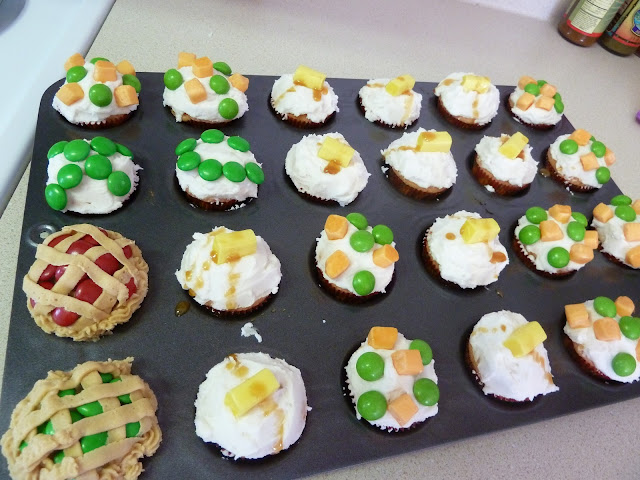 Also, the actual cupcakes were strawberry (from a box mix, no shame), and someone commented that with the Skittles and Starburst, they were "delightfully fruity." I have to agree.

The other thing I made last week wast inspired by a craft fair I went to recently where I saw some cute headbands/flowers that were definitely made out of old t-shirts and selling for eight bucks a pop.  So I made my own:

For the headband part, the directions I found said to sew it, which would be super-easy if you had a  permanent sewing station. Which I do not. We couldn't even fit my craft table in this new apartment, so it is folded up and in the little shed attached to our patio. Instead of sewing, I just kept using my glue gun. 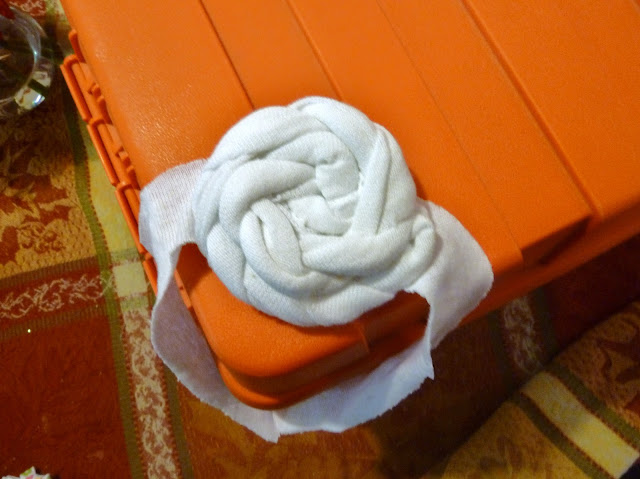 After baby wore the headband for one day, it was already stretched out almost too much. I decided she needed an adjustable one, so I knotted it like those neon bracelets you used to get out of the vending machines (remember those?). The great thing about t-shirt fabric is that it doesn't fray so you can really try anything with it. I made some more flowers and just glued a hair clip on the back so I can change them out easily.

I don't have a pic of the adjustable headband, but it kinda looks like this, except white because I kept using the same t-shirt:


And I'll throw in one more picture of the cute kiddo, just 'cause. 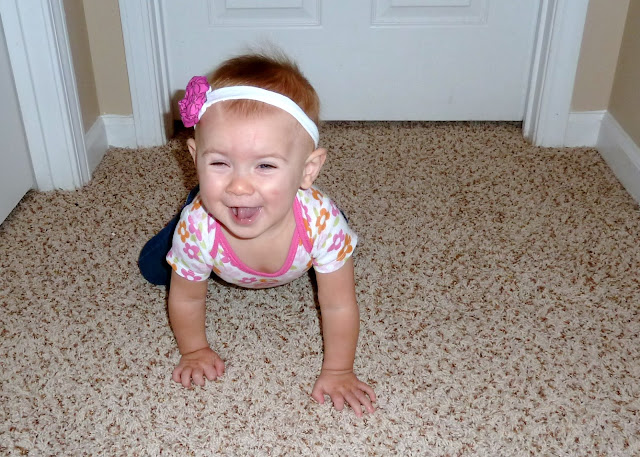