What's On Our Table This Week?

At the beginning of March, I posted my menu plan for the whole month.

Now that we're more than halfway through said month, I thought I'd share what has actually transpired: 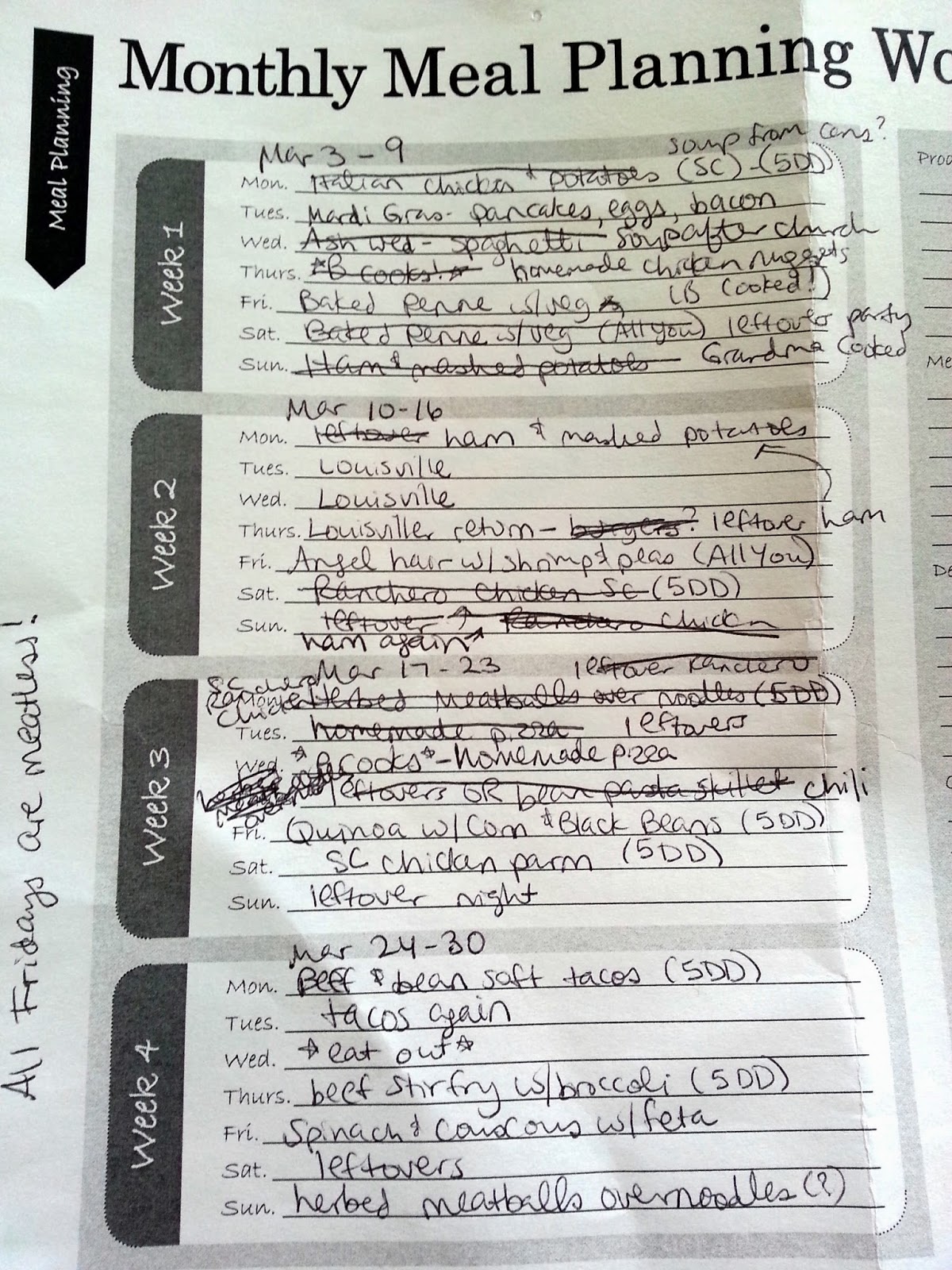 I went back and crossed out the stuff that never happened and the changes I've made to this week's plan. Between day-of dinner invitations from B's Grandma, his parents randomly visiting, and just having more leftovers than I thought we would, things change. I still am glad I switched to monthly planning though because I'm finding it a lot more freeing to be over-planned than to be under-planned. When I switched up this week's plan, I knew that I had all of the right stuff for those meals already bought.

For this week, I would like to point out that I always forget about St. Patrick's Day and have never made a special meal for it (the only tie I have to being Irish is being Catholic). I did a St. Patrick's Day-themed 5K this weekend though, so hopefully I'll at least remember to wear some green.

Wednesday: Homemade Pizza. B cooks. I asked him if he wanted to choose what to make, or if he wanted to be assigned what to make. He chose the assignment, so he's gonna make our homemade pizza! Last time I did this, I made the dough in our Ninja blender following their recipe, and it was easy and good and awesome. So he'll be doing that and topping it however he wants.

Thursday: Chili. I had scribbled something else up there, but I just changed my mind like 5 minutes ago when I realized I had a hankering for chili.

Friday: Quinoa with Corn & Beans. Also from the 5 Dollar Dinners meal plan. We've only had quinoa once before, so we'll see how this goes.

Saturday: Slow Cooker Chicken Parmesan. 5DD again and again and again. I actually had been planning on doing 5DD stuff earlier in the month, but it was always the ones that got nixed in the shuffle. I might doing too much this week, since all 3 of these are new recipes to me. (But how hard is the slow cooker, really?)