Last week, we took a quick little jaunt to the Bluegrass State. (I don't quite recall seeing any actual blue grass, however.)

My husband had taken a week off work but mostly wanted to lay around the house, so we compromised on a 2-night adventure. I just needed to get away from Fort Wayne, and I wanted to go somewhere south (thank you, Brutal Winter).

It took just over 3 hours and half a tank of gas to get there, and it was the most gorgeous day. Which worked out perfectly for what I wanted to do that night: walk the Big Four Bridge.

We ate at local burger chain WW. Cousins before heading to the bridge. Aside from the idiot behind the register trying to charge us for the previous customer's pork chop, it was good. Cora got a free kids' meal that she ate absolutely none of. She wouldn't even eat the fries. Who is this girl?

When we got to the bridge, it was apparent that every resident of Louisville had the exact same idea (again thanks to Brutal Winter), and it was crazy packed! But it was a fun night. We essentially walked right back to Indiana, but there was a fence blocking it, so we turned around and came back to Kentucky--which is what we were planning on anyway. 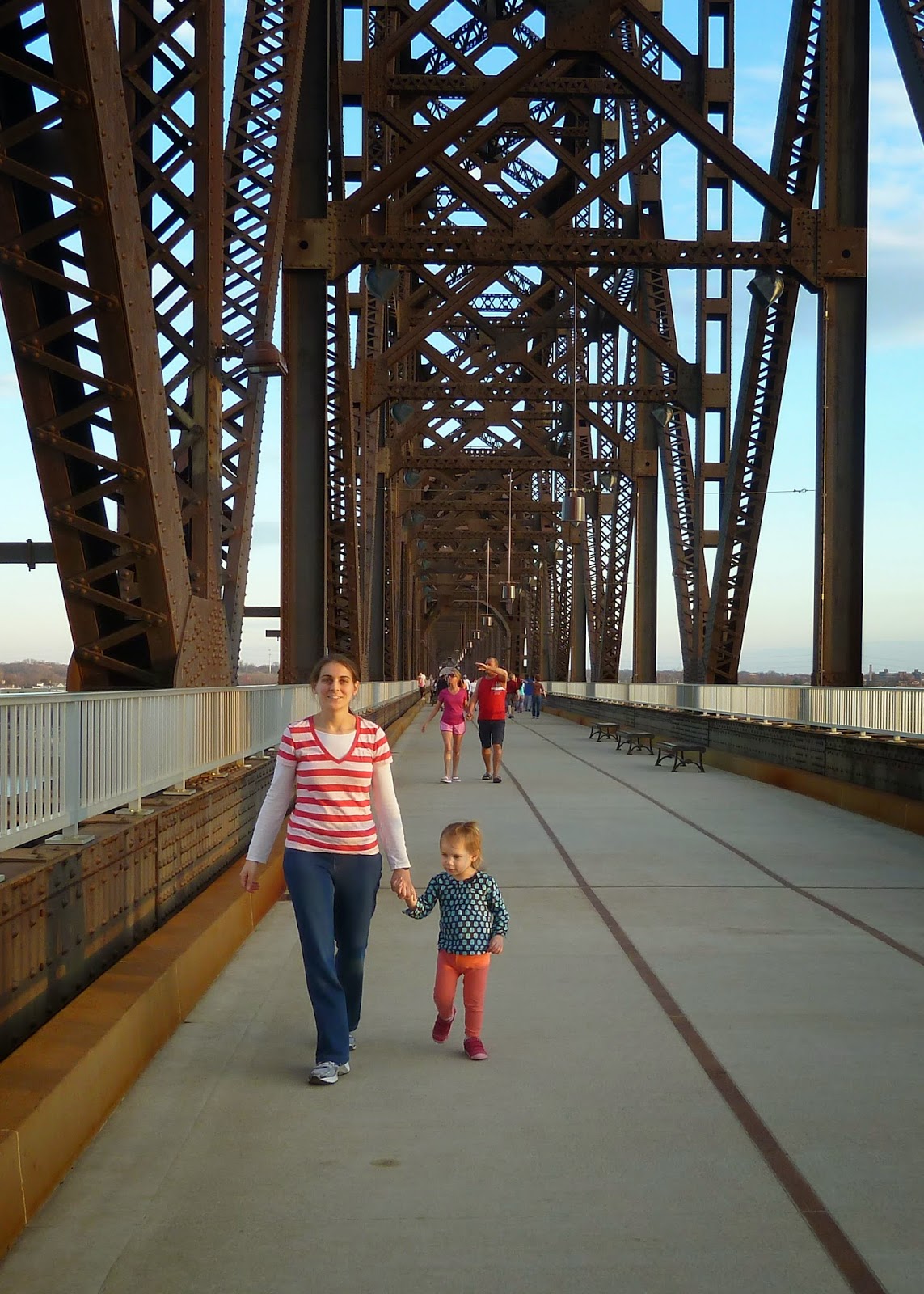 On Wednesday morning, the weather turned back to winter (really cold and windy), and we went to the Kentucky Derby Museum at Churchill Downs. I loved this place! Your ticket even includes a little guided tour of the grounds, and we went on the special 10:30 tour that included getting to pet the resident thoroughbred. We had hoped Cora would pet him, but she was so scared that she cried and screamed. 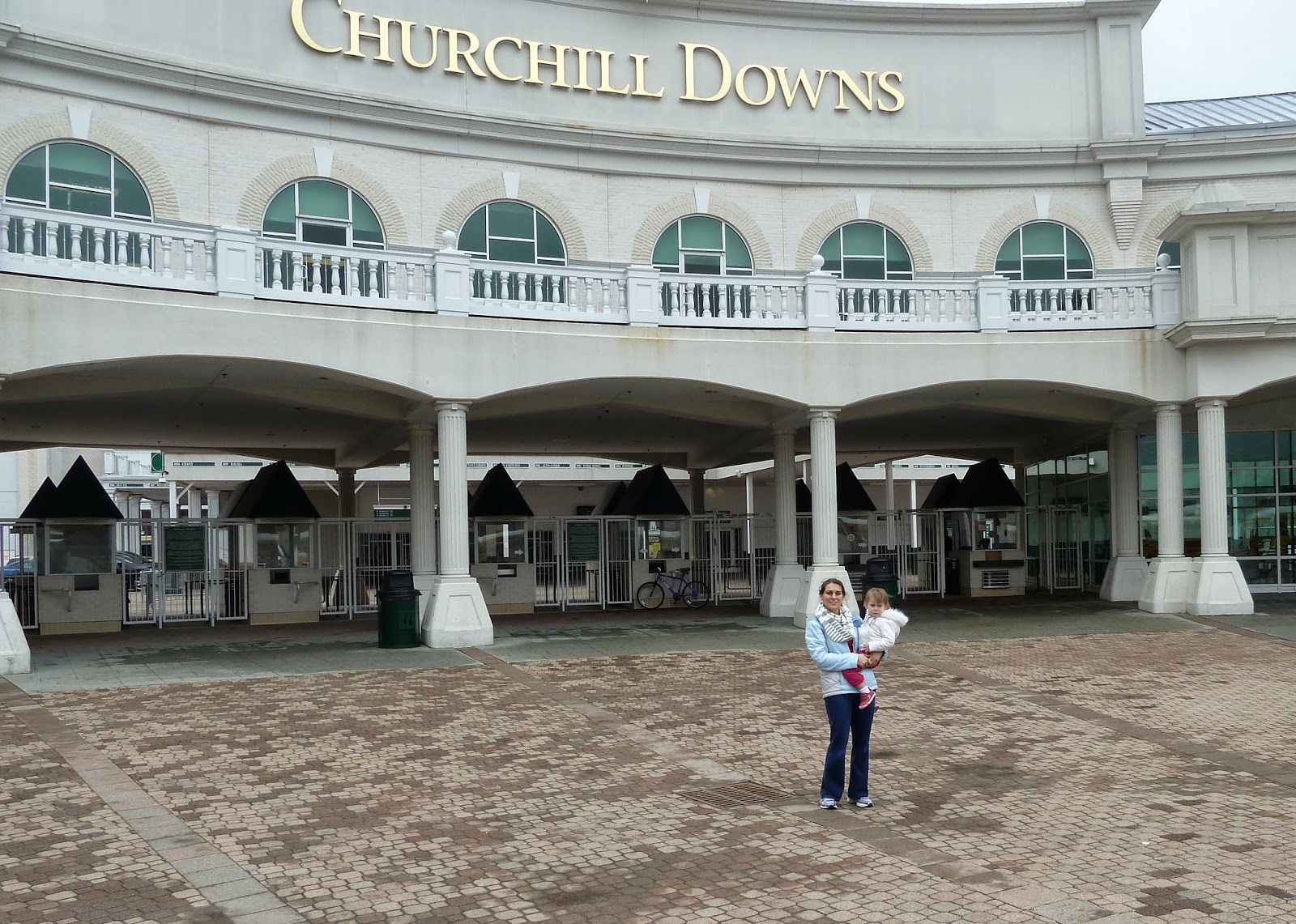 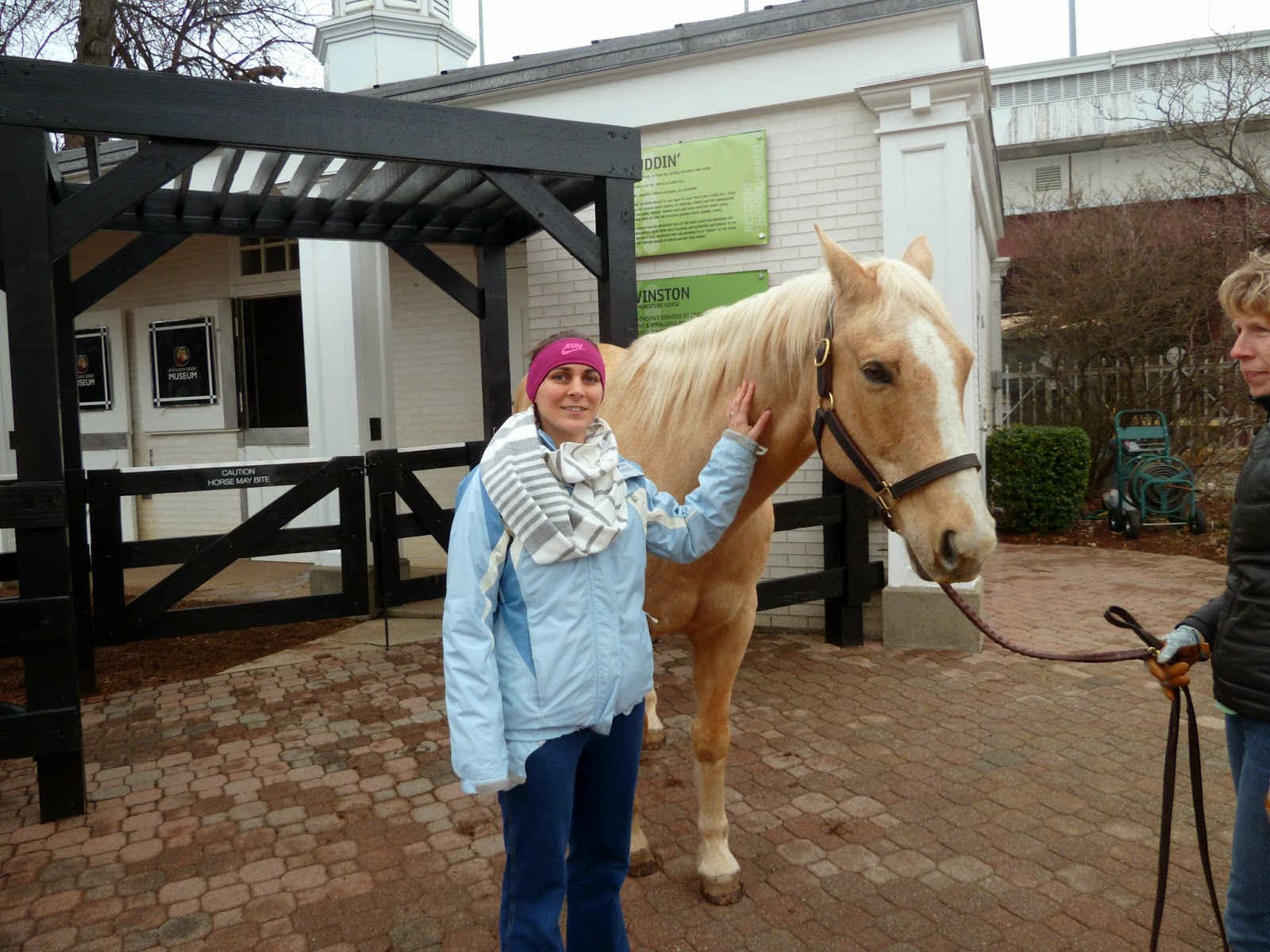 Even though Cora didn't like the actual horse, we all had a blast inside the museum!
Once we finished the museum, we had a pizza lunch at Bearno's, then we drove around while Cora napped in her car seat. I wish the weather had been nicer, because we definitely would have walked a lot more. But anyway. 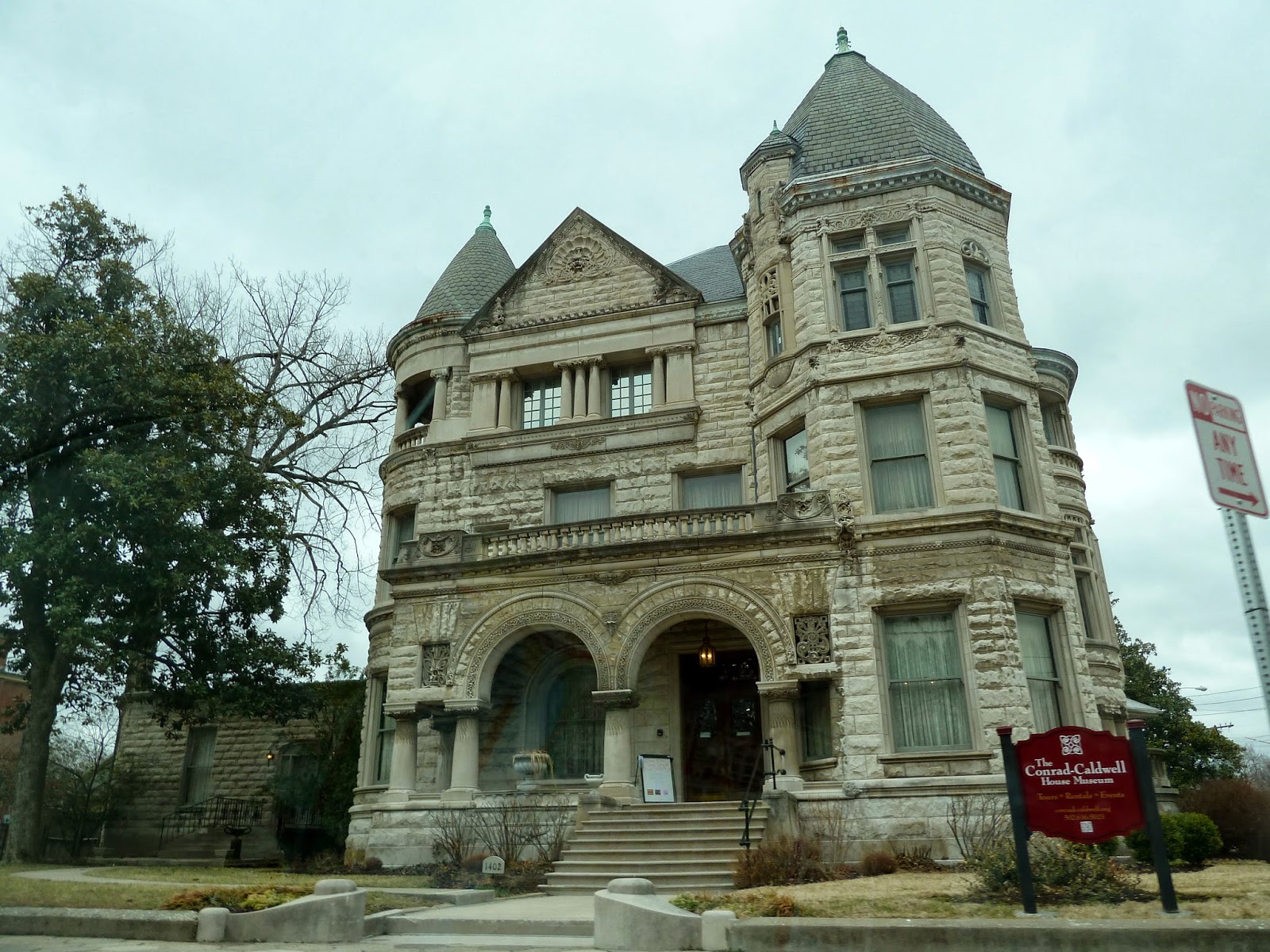 Next up was Cave Hill Cemetery. Beautiful place with lots of neat graves, including that of Colonel Sanders. 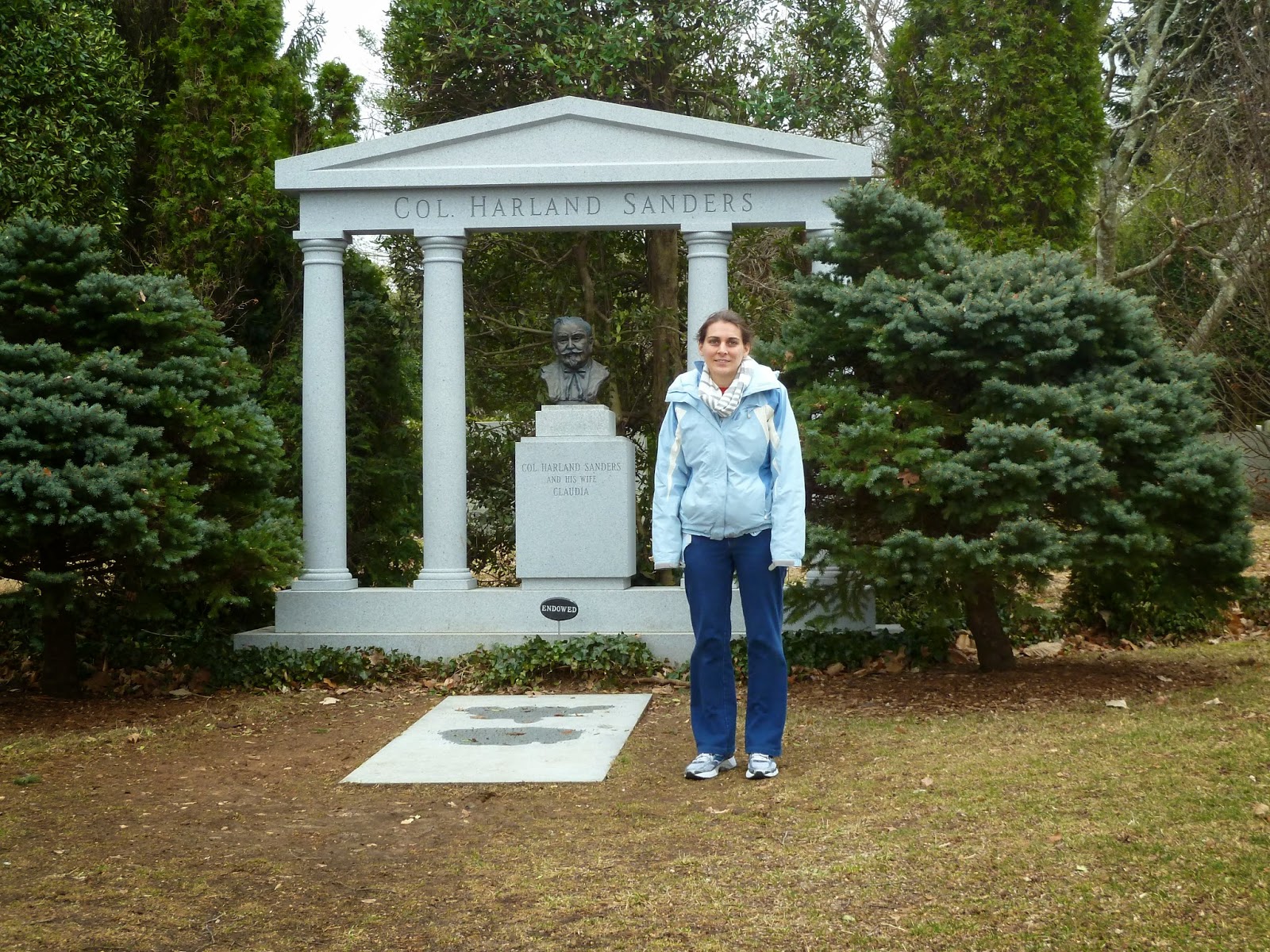 While that picture is fine, it really doesn't do justice for what the whole cemetery actually looked like. Totally worth driving through if you're ever in Louisville!

After we drove around some other stuff, we found our way to the Krispy Kreme. We don't have these in Fort Wayne, and this Southern gal misses it a lot!

That night, I just used Yelp to find us a place for dinner. We ended up at Silver Dollar, and it was good. B tried some bourbon since that's what you're supposed to do in Kentucky (or so I've heard; I hate that stuff).

The next morning, we hit up the Louisville Slugger Museum and Factory. 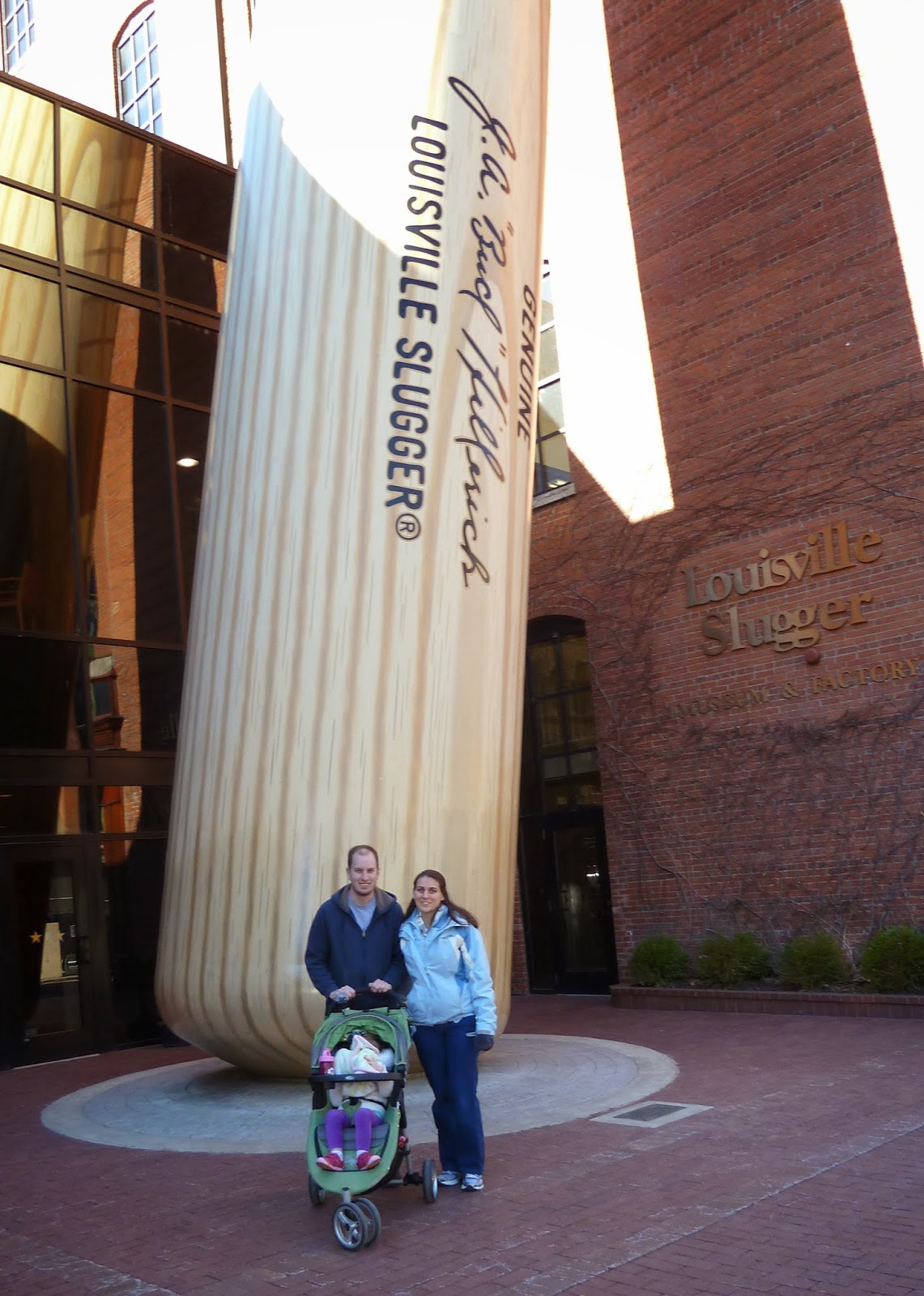 While this is a cute family picture (sorta--where is Cora's head??), it really doesn't give you a good perspective on that ginormous bat.

I'm not a huge baseball fan, but I love love LOVE factory tours. So of course I loved seeing how the bats are made! And I literally watched them make a few bats specifically for Derek Jeter, to his exact specifications. It was fascinating. We weren't allowed to take pics in the factory part, but check out this video for some short peeks at the process. (It was better in person! And we got to take a nub home in addition to our mini-bats.)

The museum part was interesting and informative. I even got to hold a bat that David Ortiz used in a game! 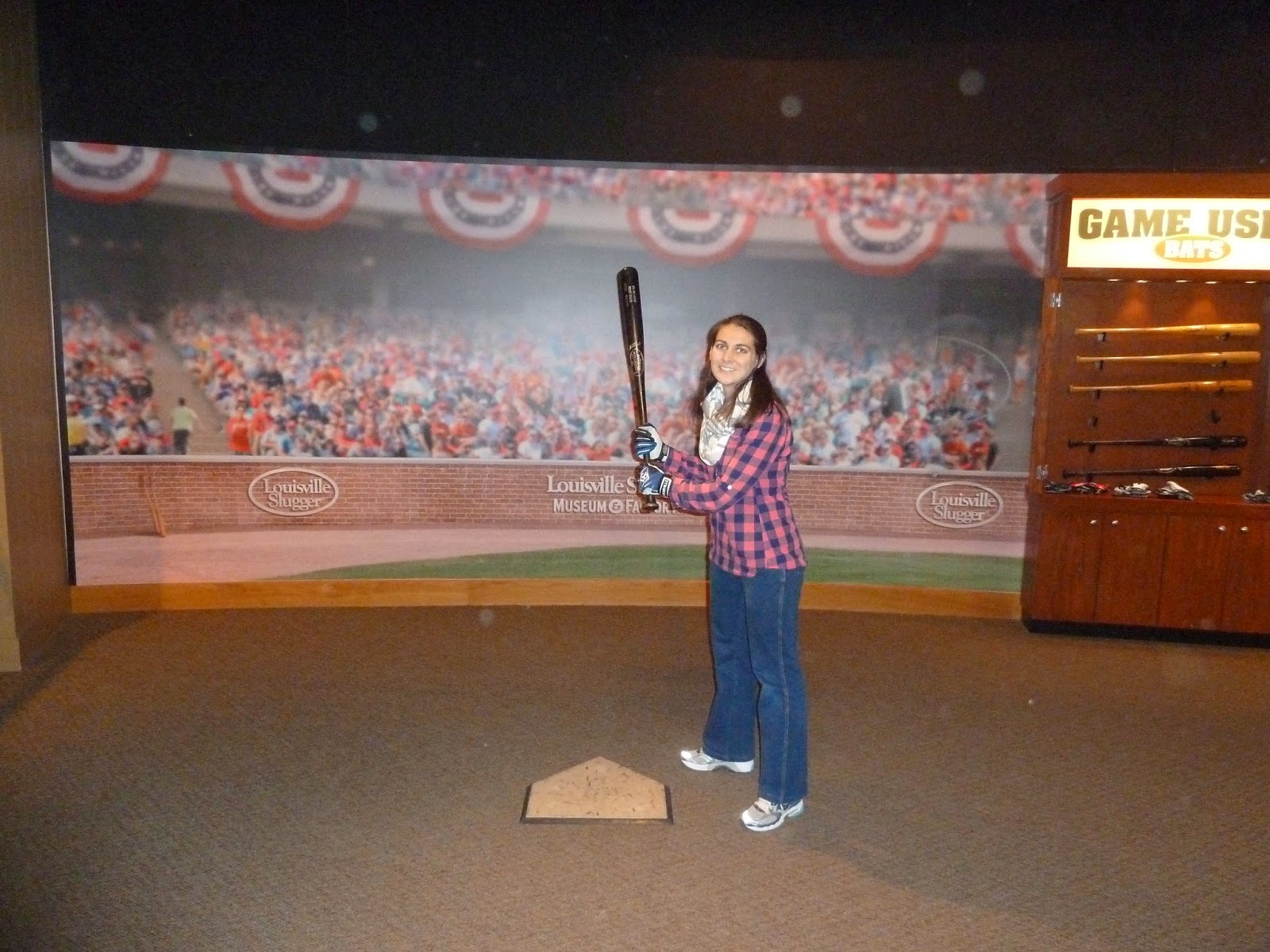 There also were some batting cages, which I tried out. I haven't swung a bat in probably 15 years or more. That was rough.

But there was a little kids' batting cage, perfect for Cora. Here is a video of her and B that is at least slightly adorable.


After the museum, we ate at some mom & pop restaurant nearby then waved goodbye to Louisville. We drove home while Cora napped in the back seat again.

It was a quick trip, but we had a great time. There is so much more to see and do in Louisville that I would LOVE to go back again!

Oh, speaking of how much I liked Louisville better than Fort Wayne: upon our arrival back home, we were greeted by a driveway with so much snow/ice/mush that we had to shovel our way back in. Awesome.