I braved the cold for my first race of the year!

The 5-Kilt Run was part of the Fort Wayne Get Green festivities, sponsored by our professional firefighters. Obviously, by the name, you were supposed to wear a kilt or at least be festive for St. Patrick's Day.

I'm basically too much of a cheap-ass to buy something I'll only wear for 30 minutes and sweat in, so this was the best get-up I could muster: 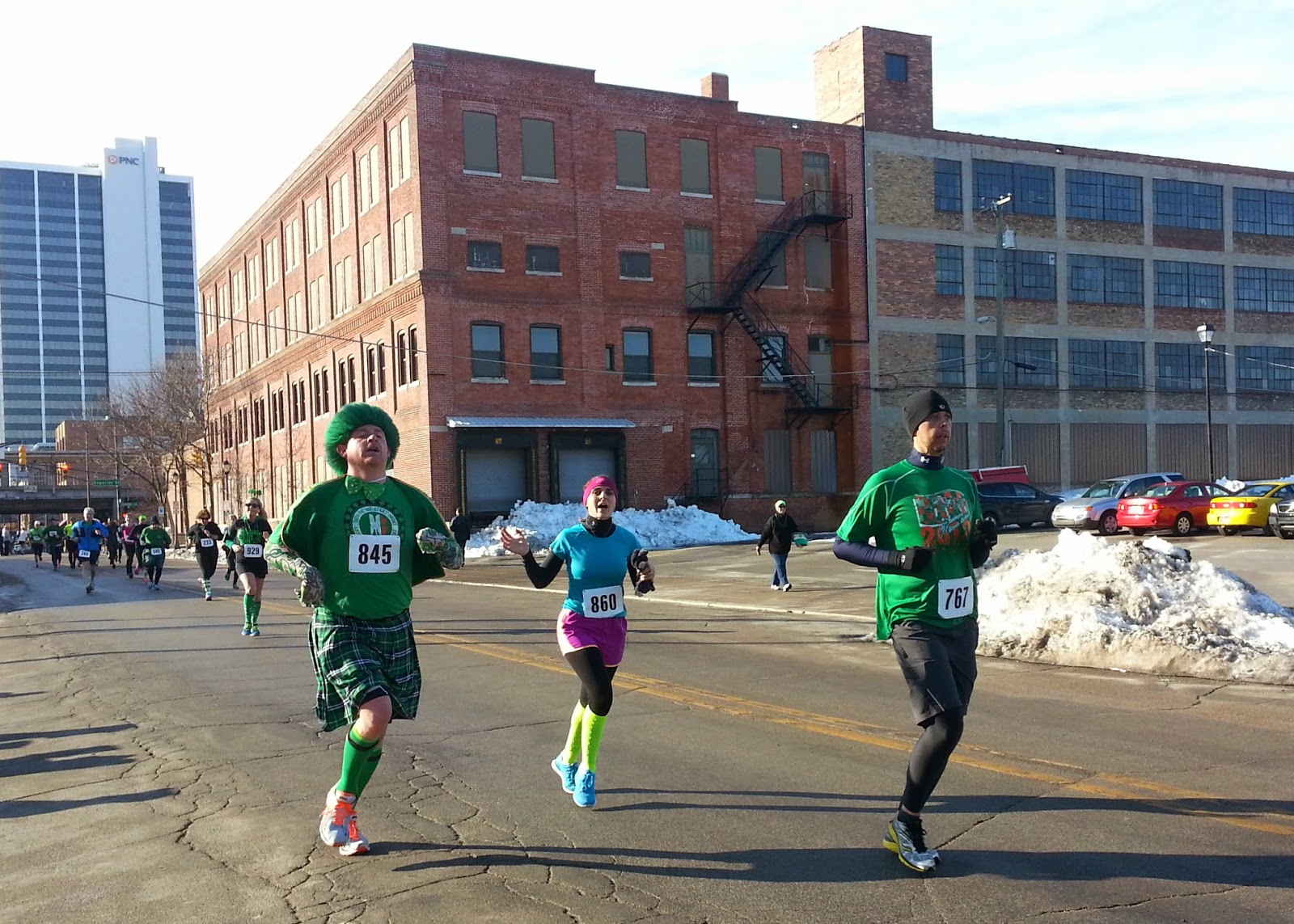 The socks are more of a yellow, but they were necessary as none of my running socks were tall enough to reach where my leggings stopped. I'm actually wearing these over my fancy Balega running socks. And I'm holding my gloves in my left hand (in the pic above) because they got too hot about a mile in and my hands were getting clammy (at least I expected this).
As for the race itself, this is the first time I've had a mental battle going on during one. The first mile was mostly in the shade, and it was COLD. I had a mild stitch-in-the-side and was really not very happy about the race at that point. There was also ice on the course. They warned us about it beforehand, they tried to salt it, but I still had to slow down and even had a slight foot slip on one part (kinda scary!).

We had run into B's cousin before the race, and one of my goals was to beat her. Mind you, I knew nothing about her running--no clue how fast she was, and I didn't even see her the entire time I was on the course, but it helped to just have some type of goal in mind.

I put my pacing song ("We Are Never Ever Getting Back Together" by Taylor Swift) in the mix as song #4, so hopefully it would hit around just before the halfway mark. The course wasn't marked very well, so I have no idea where the mile splits were or how I paced. But darn if that song didn't help me out! The first time I checked my watch was around the 17 minute mark, and knew I was at least halfway there.
I came down the home-stretch, yelled at Cora so she would see me, and did my best to sprint my finish. It was probably more of a stumble, to tell the truth. I was so glad to be done.

I just looked up my pacing song and it turns out it paces to a 7:24 mile. I had been running 9-10 minute miles on my practice runs, with an occasional 8:40ish. This whole thing has inspired me. B thinks I should just put my pacing song on loop, but I think I'm going to go full-force with actual speed work on the track. I'll be running a race in May and the new goal is under 27 minutes, with a long-term goal of under 25. Although I might just try B's suggestion eventually if I get to a certain point--that would get me down to under 23 minutes, which just seems unfathomable right now.

It turns out that B's cousin finished well after me (by almost 5 minutes), and he even went back with Cora and cheered her on while I did some recovery stretching. (I should probably pick a different target next time, eh?) 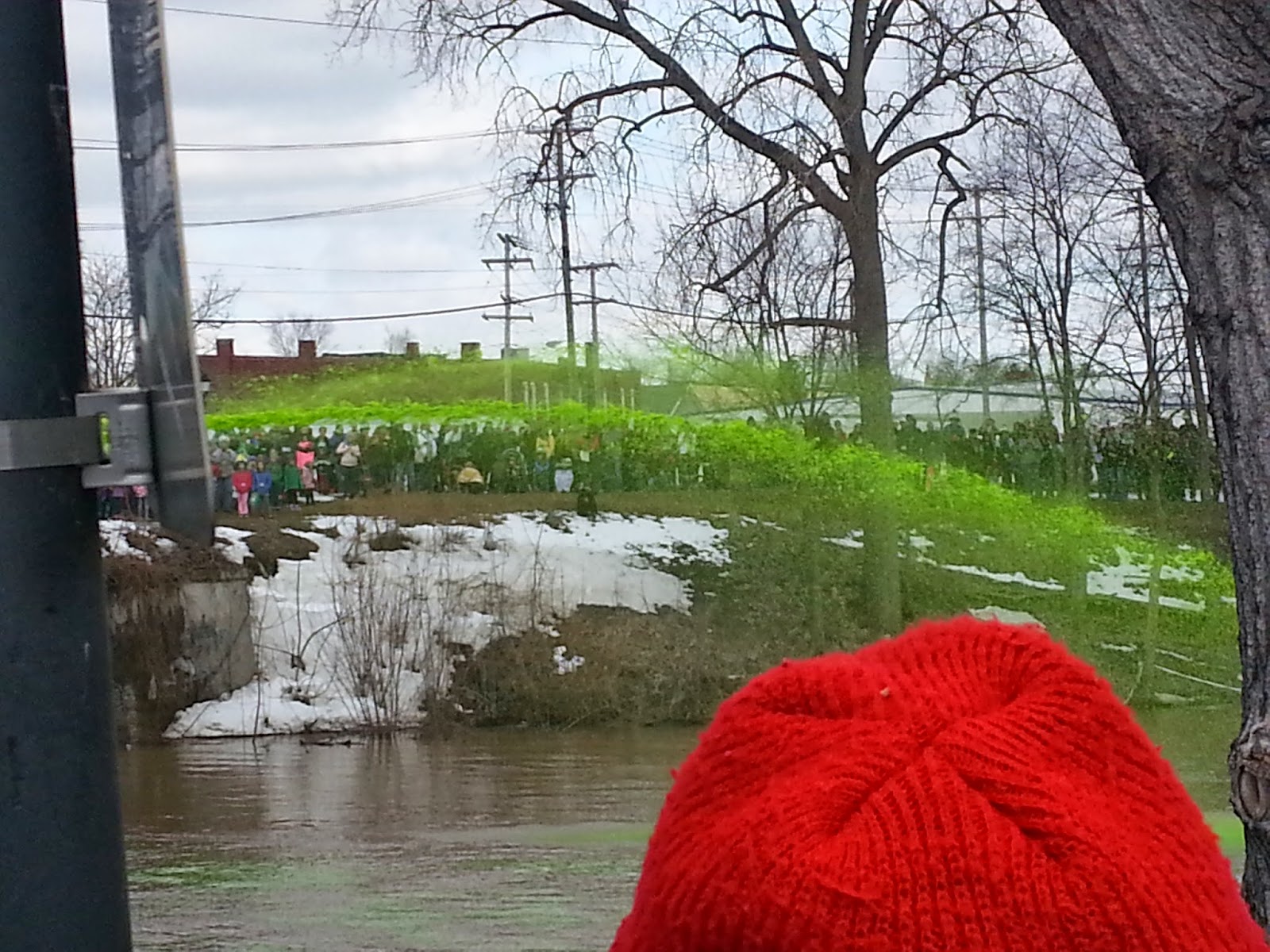 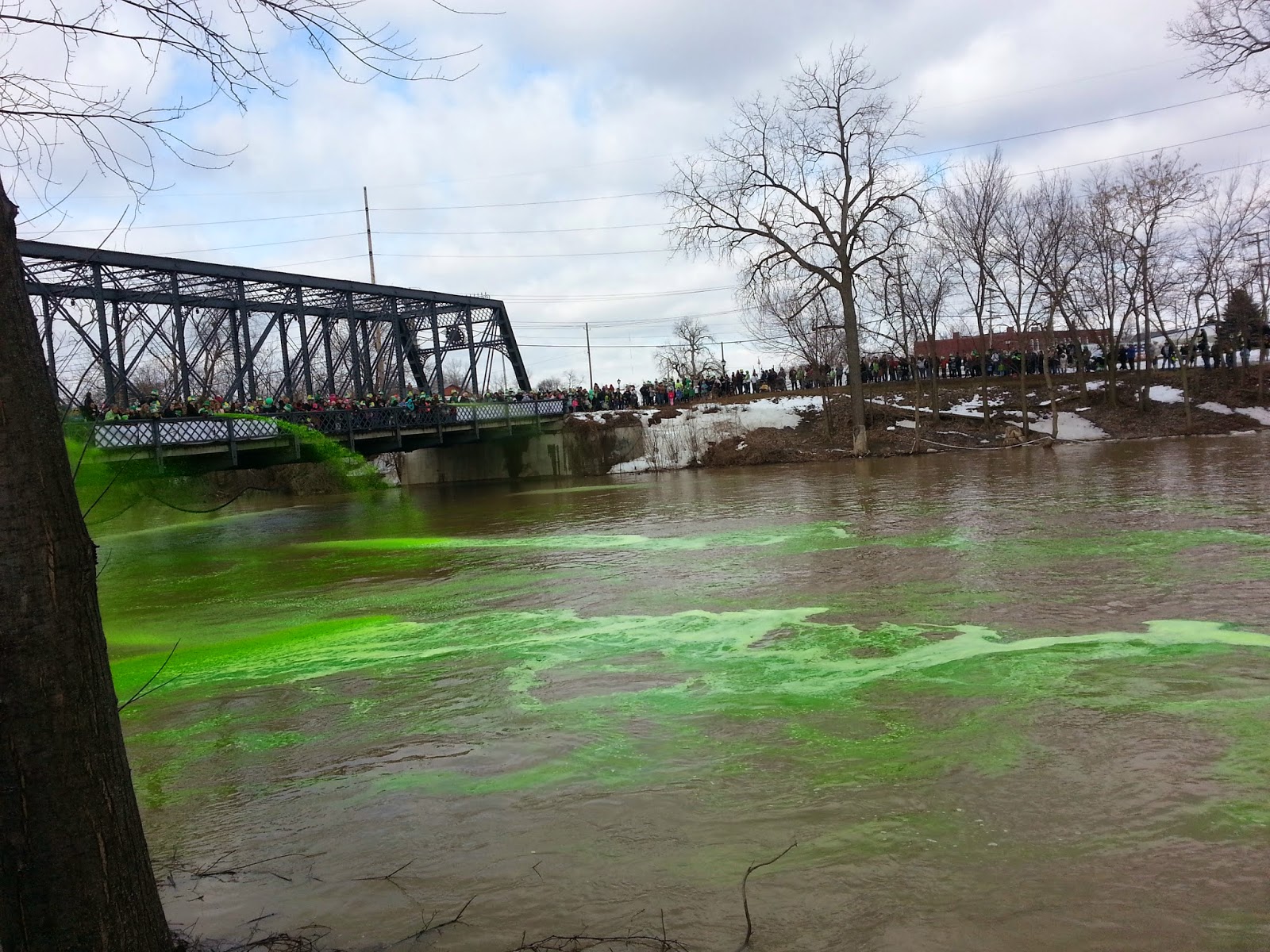 
Quote of the day, from B: "You should have seen the guy who finished in first place. He came through like . . . like he was being chased by a dinosaur." (Sounds like a good theme for my next 5K. Fort Wayne Dinosaur Chase. Who's in?)
Labels: fort wayne, running