So many things that we're doing again this year with what seems like a completely different kid. And with living in a house vs. an apartment, we feel like a different family a bit, too.

Here I present some fun differences.

Swim lessons then: I did a parent & child swim class at the Y that went from January to late February. Cora couldn't walk, used a swim diaper, and it was COLD! Even with the indoor heated pool, it was freezing the second we stepped out of it. And we had to suit up in all the winter accouterments just to go and come back.  She liked swimming, though.

Swim lessons now: Learned from my mistake and waited until the April session to do swim. Still a bit cold, but no boots or swim diaper required. She still loves it! And I love it more because it's just easier this time around. Also, the instructor says she's ready for puddle jumpers, so we tried them on her in the water and it went pretty well!

The zoo then:
Going to the zoo last year was more for me than it was for her. She enjoyed it, but she only spoke a handful of words and didn't seem to care about half of it. 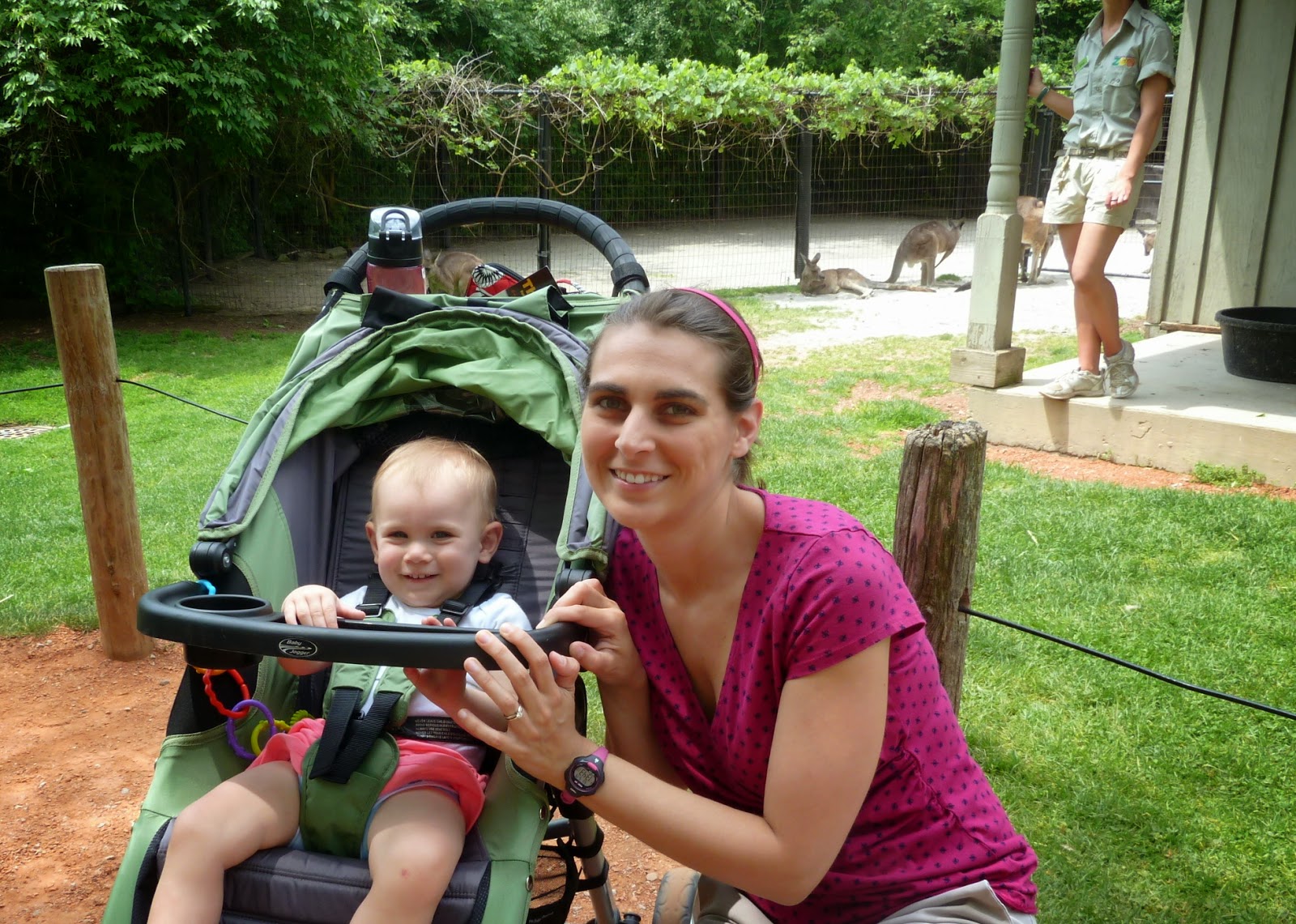 The zoo now:
A wagon instead of a stroller. A kid who sees a zebra and hollers, "Zebra!" Still chows down on some cereal while we stroll along. So fun.
Screen-free week then: Oh, gah. Last year's attempt at screen-free week goes down in the books as one of the worst weeks of my life. Not because of the screen thing, but because of the burnt hands thing. Not my finest hour. Haven't baked bread since, by the way. 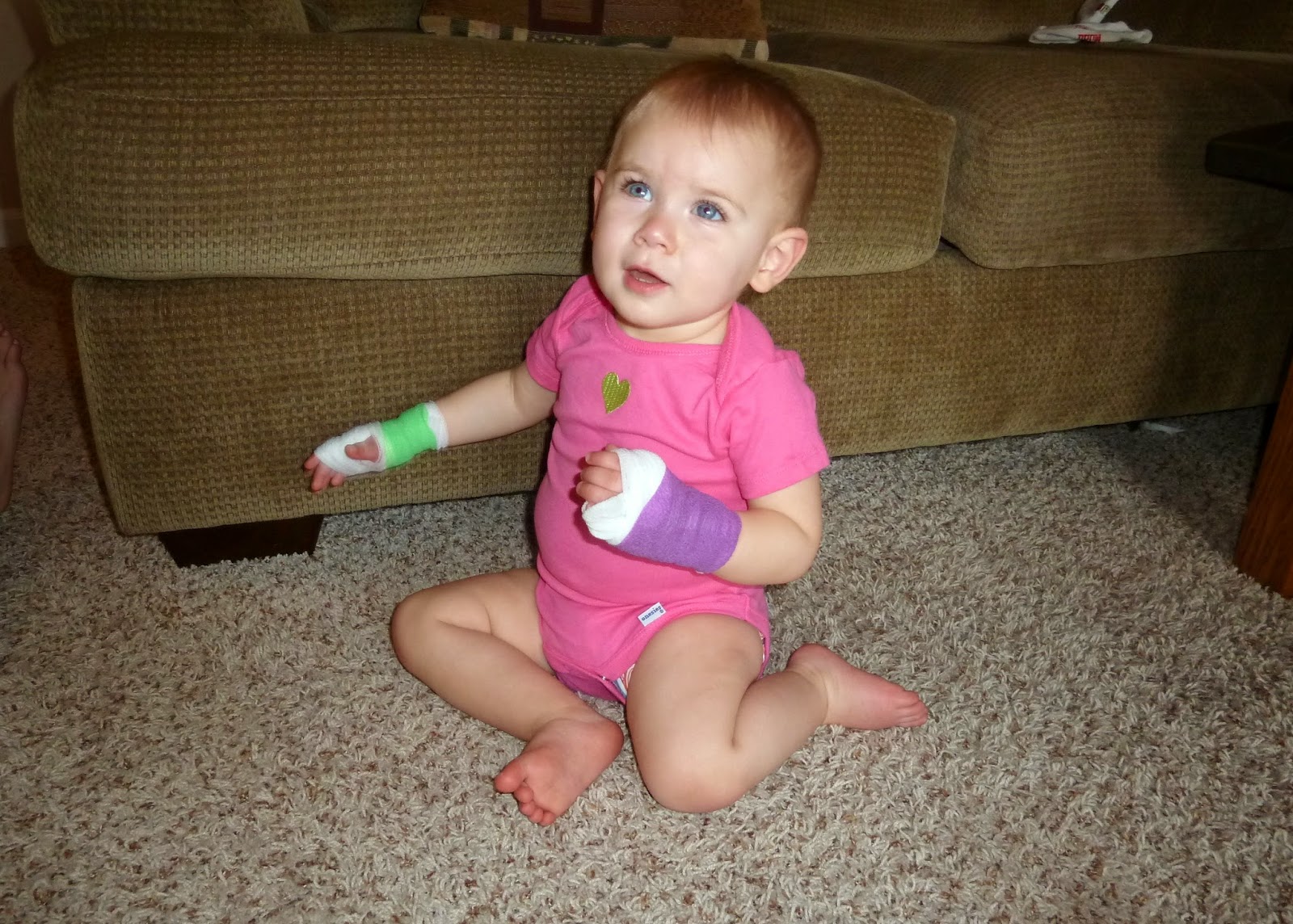 Screen-free week now: It's this week, and we're truckin' along. Doing the same thing as last year where I'm screen-free when Cora is awake, and then I picked one day to be totally screen-free. (Except for 'work,' and I do make money online so I gave myself 45 minutes for that one night.) One big difference this year is that Cora asks for "Bob" (the tomato) or "Signing Time," and I'm not letting her have it. Lots of redirection, lots of coloring.

B's birthday then:
I spent the morning at the burn center downtown for Cora to get her final check-up and get the wraps off her hands.

We had a family gathering to celebrate over at his grandmother's house. I made one of his favorite meals and triple-layer chocolate cake from scratch. 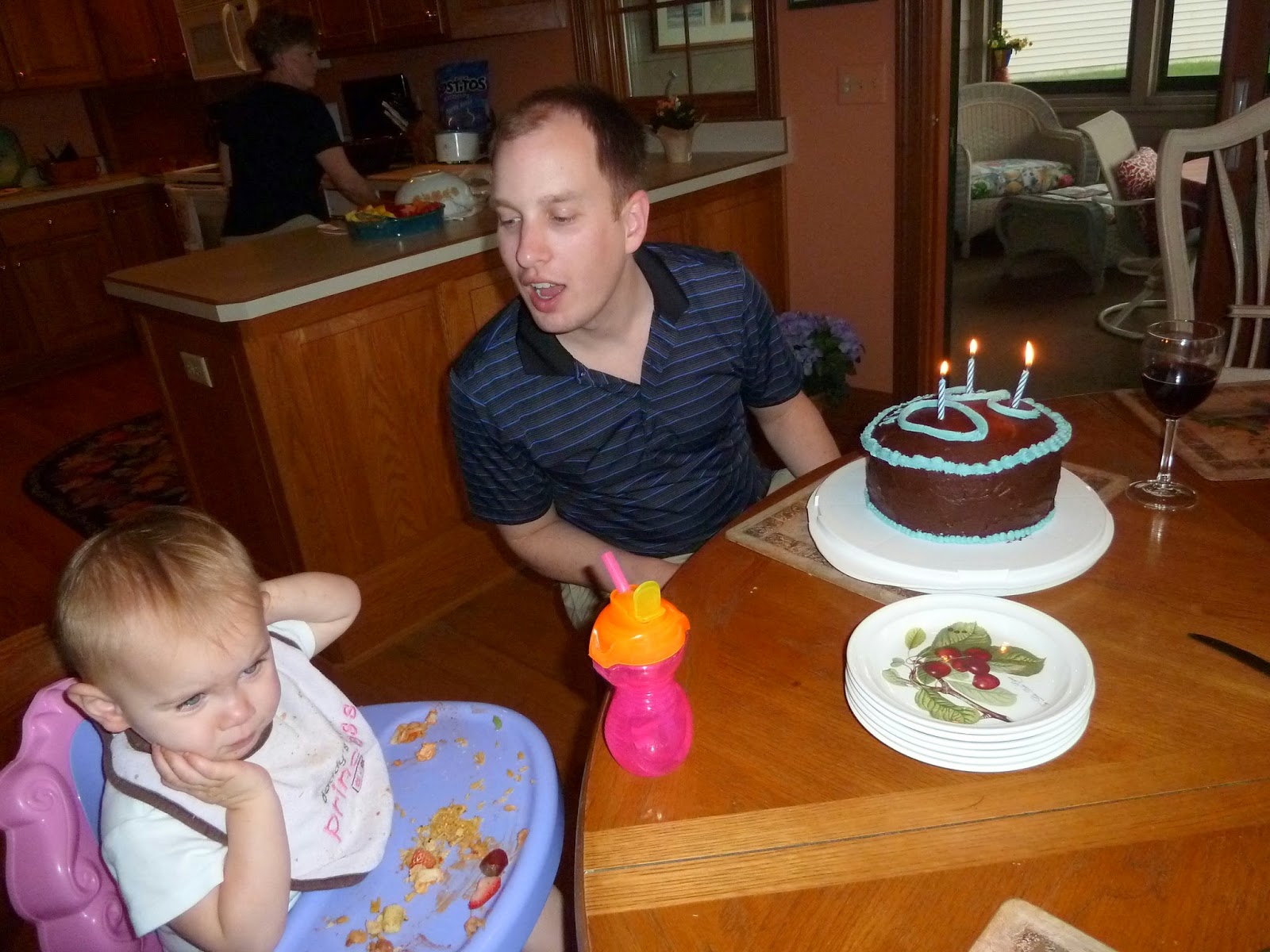 B's birthday now:
I spent the afternoon at the dentist getting a cavity filled.

B didn't want to do anything special today, so I made whatever dinner was already on the menu plan, and Cora and I made brownies from a box mix earlier in the day. (Oven safety being first priority, of course.) B and I have a date night to a baseball game planned for Monday, so we're counting that as celebration as well. 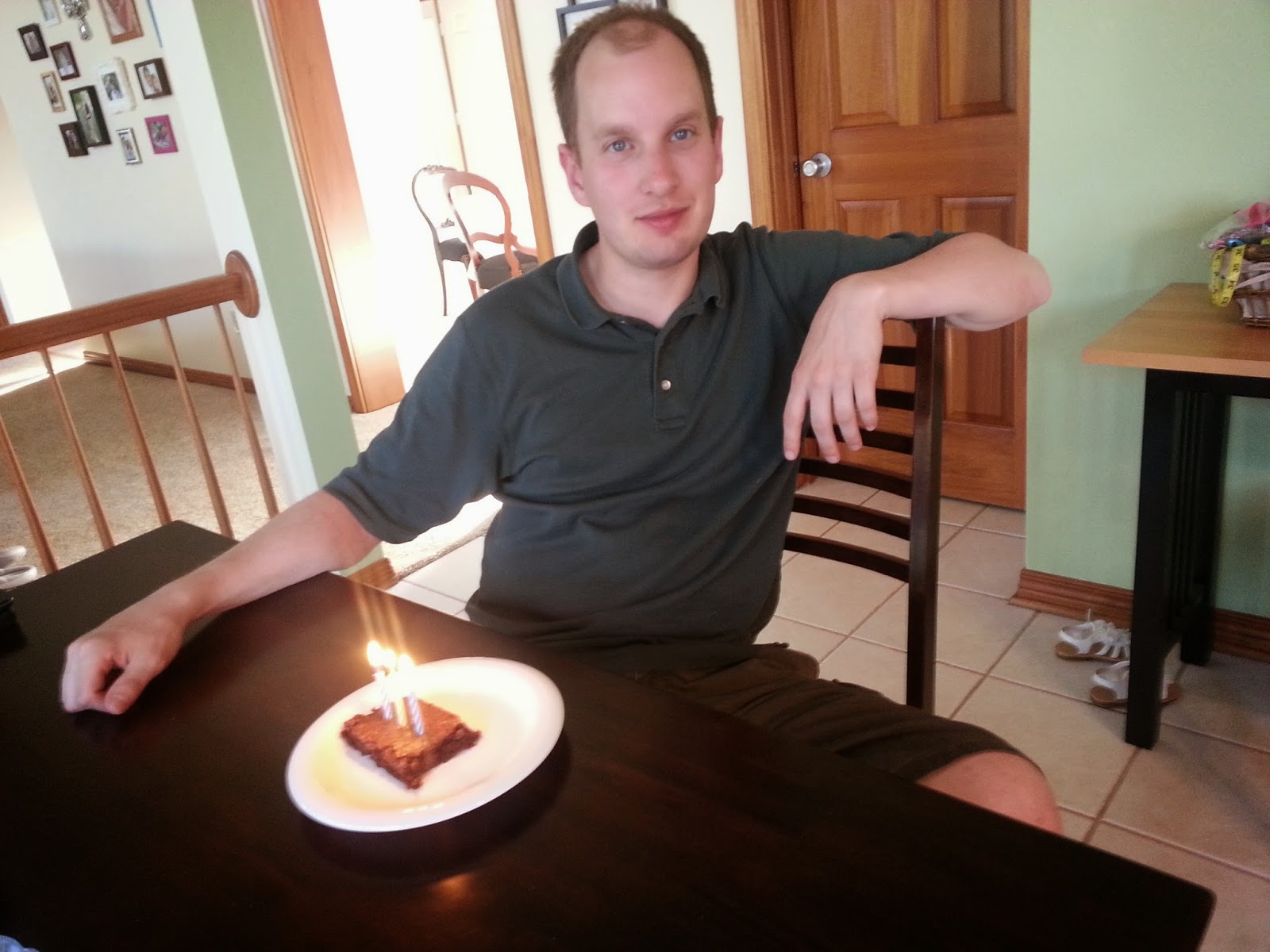