--- 1 ---
We're getting ready for a road trip! And by "we," I mean me and Cora. B will be flying there! He's going to Norfolk to do his Navy Reserve 2-week commitment, and we will be joining him. I'm excited, but a little overwhelmed by how much crap I have to cram in my Corolla for a 2-week stay in a hotel. We're leaving Sunday and stopping for the night in Charleston, WV. If you can throw a prayer for a safe journey our way, we'd much appreciate it.


--- 2 ---
B decided that he finally needed to sew on his LT rank bars to his second set of NWU's (that's the blue camo one, for all you non-military folks). He made LT in November 2009. Yes, almost 4 years ago! But he deployed soon after then moved to a shore job where he wore his khakis every day.

We hauled out my sewing machine the other night, and I taught him some basics. He has actually sewn before--he apparently was blessed with a Home Ec class in middle school--but there was a lot he didn't know or remember (like how to turn a corner). He started doing this during Cora's 'witching hour' before bed. I was trying to explain something to him, and of course Cora pulled a chair over on herself! The chairs are light, she was fine, but I had to go tend to her while he just guessed at sewing. I luckily was able to come back and bark orders a bit more. (I still know very little about sewing, but I can do a straight stitch pretty well. ) B ended up doing a pretty good job on his bars, and he thankfully didn't break the needle!


--- 3 ---
B's seamstress skills inspired me to finally get around to working on the infinity dress that I had bought fabric for almost a month ago. (I'm slow on these things.) The pattern I found on whatever blog just isn't making sense! It told me to only buy 2 yards of fabric and to only cut a half-circle for the skirt. I haven't cut the skirt part yet because . . . half-circle??! I started digging around a bit more, and most infinity dress instructions use 5 or 6 yards of fabric and a full circle skirt. I obviously haven't finished the dress, but we'll see how it turns out. I think I might end up making a second one once I figure out what I really want. (I already think the straps need to be wayyyy longer, too!)

--- 4 ---
I made Chicken Tikka Masala the other night. I have not attempted this dish since the great Indian Food Debacle of Summer 2010. (Not to be confused with the Indian Restaurant Fiasco of Winter 2010, wherein I broke a restaurant's table while completely sober. Story for another day.) Anyway, I found a recipe online that used a slow cooker. Thank God! I still had to do some stove-top cooking, but I made it all during Cora's nap and threw it in the slow cooker. Later that day, I even made naan! Any bread I make from now on will be on the stovetop, after the Most Expensive Loaf of Bread Burnt-Baby-Hand Disaster of 2013. (Seriously, that loaf of bread cost us over $100 in hospital bills. And it didn't even taste good!) 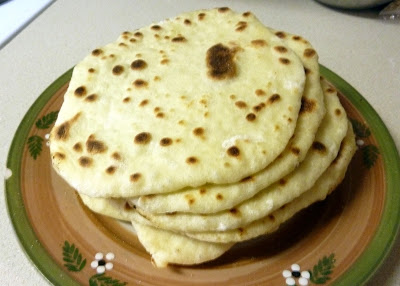 So this is the way to go, for sure. It was awesome. Here is the recipe for the Chicken Tikka Masala and here is the one for the Naan.

--- 5 ---
Speaking of food, I tried out this thing called Hello Fresh this week. It's basically a grocery delivery, but really it just delivers 3 meals with recipes and all of the (very fresh!) ingredients in the proper amounts. I got a coupon code from a running site I'm on called Earndit, where your mileage can earn you points towards prizes (almost all the prizes require you to actually spend money though, so I haven't redeemed much lately).

This was what was delivered to my door last Thursday:
Some of the recipes I made were soooo good! But the price, I just can't do it. Even with my coupon code it came out to $11 a night. Great if you eat out all the time, but each night it usually only made 2 servings. I try to keep my grocery budgeting to $2-3 per serving usually, so I just can't justify it. And without the coupon code, it's definitely wayyyy too pricey. If you are made of money and want to try it, use my referral code GVU56G and you'll get $20 off your first box.

However, I kind of thought of it as a cooking class. I learned how to make 3 new dishes that I can definitely repeat on my own. The Greek Lamb Pitas are absolutely going in my repertoire, although I'll probably make it with beef to cut costs. And hey, I finally got to try quinoa! (B thought it was couscous, and I had to laugh.)

--- 6 ---
House update: We had our inspection last week and have currently been back-and-forth in negotiations with the sellers. My in-laws came to the inspection, and my father-in-law made sure we weren't getting screwed out of anything. Not sure what other crazy hoops we'll have to jump through, but I'm already prepared to find an office store or something in Norfolk in case we need to fax/scan stuff. My guess is we'll close on this house the week after we get back from our trip!

One thing I kept noticing while in this house is just how much furniture the current owners have. This house is actually going to look a lot bigger inside once we get all THREE china cabinets out of there! Seriously, three! (Two in the dining room, one in the living room.) The master bedroom also had a lot more stuff than I like to keep in a bedroom. (We are those people who refuse to even put a TV in our bedroom.)