I have a lot of things on my mind, so this is just a brain dump and a life update. A lot of ish has happened in my life since the last time I really let you in to this mess, so brace yourselves.

The first thing was that a high school classmate of mine who I was pretty good friends with my senior year passed away. We had gone our separate ways in the past ten years, but we kept up on Facebook and I at least knew a little about some of his recent health issues. His death sorta punched me in the gut. I kept looking at my own kid thinking that his parents never thought they would be burying their child on his 29th birthday.

But then. Then I wanted to see what this friend has written in my yearbook, and while I was looking for that, I chanced upon his senior 'ad,' where parents and siblings wrote him happy thoughts and wishes upon graduation. It was through that I learned he was a 'miracle baby' and had almost died when he was born. I guess these things just don't come up between two healthy seventeen-year-olds attending the Homecoming dance together. That ad changed my whole perspective. His parents instead were probably celebrating that they got 29 years with this miracle and got to watch him be a normal kid and hit all of those milestones that may have never happened. Although I am sure they are still grieving as well. Life (and death) is complicated. I've now started getting more annoyed at people who whine about gray hair or wrinkles or other parts of the aging process. Because all of that minor stuff still beats the alternative.

As for the rest of my time, I had mentioned doing Screen-Free Week in a modified way. Well, we did it, although I probably wouldn't call it a success by any means. We did head outside a lot more, and I didn't have any screens on while Cora was awake.

I had picked Tuesday to be my completely screen-free day. As Tuesday chugged along, I was getting so much accomplished I began thinking, "Hey I should do this more often!"  I decided to give bread-baking a try and spent all morning mixing, kneading, rolling, and letting this thing rise twice. When I opened the oven to check the bread I had spent the greater part of my morning on, my newly-walking daughter came out of nowhere, and she put her two open palms flat against the open oven door. 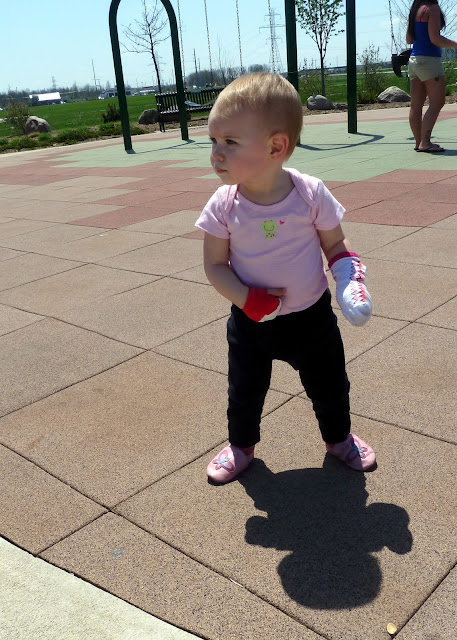 Parenting fail. Kitchen safety fail. Fail fail fail. That whole afternoon is now a blur of tears, wailing, and calling the pediatrician in a panic. I now know which local hospital has a burn center at it and can give you exact directions on which hallway to take. My child had to wear a sock over her bandaged hand for a week, and the other (better) hand was slathered in aloe and re-wrapped after every meal. (Just call me Dr. Mom. Sigh.) She has mostly recovered now, but the hands still haven't fully healed if you look at them. Luckily, she's been (mostly) her same high-spirited self though.

To make matters worse, that bread I made wasn't even very good. However, Cora seemed to like it. (Is that the opposite of biting the hand that feeds you? Feeding from the hand that bit you?) I think I'll stick to buying honey wheat bread from now on. Seriously.

There were some other screwballs that got thrown at me that week, like some fraudulent charges on our credit card, losing the title to my car, and the beginnings of toddler picky eating habits (and the related meltdowns). I feel like someone's out to get me. But I ain't gonna let him in.

So on a happier note from all of that, my attentions last week were diverted by house-hunting online and my husband's 30th birthday celebration. I made the best-tasting cake I've ever made (homemade triple layer devil's food with a dark chocolate frosting --both from America's Test Kitchen cookbook), and an enchilada feast that got taken over to Grandma's for a celebration dinner. 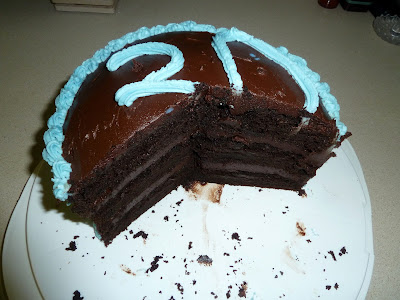 I have also been running again and signed up for a Color Me Rad 5K in August. B doesn't understand why people pay to run when I can just go outside and run a 5K right now. (But but but I want to get blasted with colors!)

In other health-related news, I have been taking a free online course called Child Nutrition and Cooking through coursera.org, and so far, so good. Very minimal time involved, and it's pushing me to cook new things and add more vegetables into our meals. Sometimes this gal just needs a syllabus and assessments (grades) to get on track. I'm such a nerd.