A year-end recap post!  Just in the nick of time, right?  We still have a few hours to go here in the Central Time Zone.

11. Favorite movie you watched:  Probably Toy Story 3.  Easy A was good also.
10. Favorite TV series: The Amazing Race.  It has been my fave for many years now.
9. Favorite restaurant:  Bagelheads.  I wish I could spend every morning there.
8. Favorite new thing you tried: Tie between kayaking and crocheting!
7. Favorite gift you got:  B surprised me back in August with a maternity shirt that says "what's kickin'" and has little footprints on it.  And in the same order, he got me a set of dumbbells, which I had wanted.  He's a really good gift-giver when it's on his own terms and he's not being forced into because of a date on the calendar.  (Although the bathrobe he got me for Christmas is really nice, but I love his unexpected gifts.)
6. Favorite thing you pinned: I have a maternity pics board for inspiration when we did our shoot, which had this picture on it: 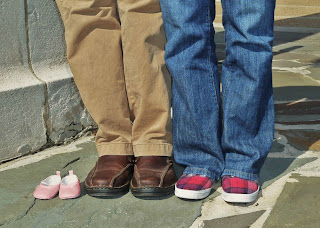 We put it on the back of the Christmas card and everyone loved it!
5. Favorite blog post:  I know this is gonna sound weird, but I think it was the post about my miscarriage.  I've re-read it more often than any other, love all the supportive comments, and I've been very open to talk about it with anyone all year.  If you'd rather read something happier, check out when I announced my current (viable) pregnancy.
4. Best accomplishment:  Finishing the Couch to 5k and then completing a race! 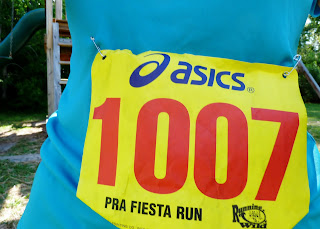 3. Favorite picture:  I really like this one from our maternity shoot: 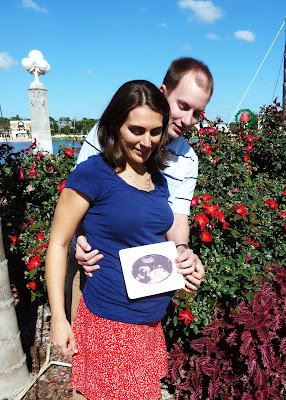 2. Favorite memory:  Probably the night I took the pregnancy test in May (current pregnancy).  I was scared of another miscarriage and also scared of being a mom, but B was so excited and he was like jumping up and down.  (He didn't do this with the first because he was sick and lying on the couch.)  He doesn't get easily excited, so this was really different.  I was thinking back on this memory last week and burst into tears because it made me so happy.  It doesn't take much for that to happen right now, though, since I am ridiculously emotional thanks to being 9 months pregnant. 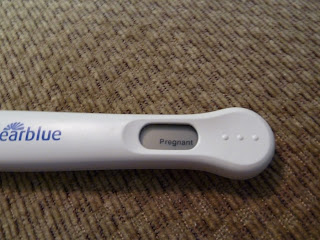 
I didn't really intend for half of this list to be pregnancy-related stuff, but it has taken up over half my year so I guess I'll let it go.  I'll be full-term (37 weeks) on Monday, if you lost count!