a big meal for just us two

I've said it before, and I'll say it again. I don't really like to cook all that much. And this pregnancy obviously hasn't helped. Most nights, B is lucky if there are two options on the table. It's usually an entree and some veggies from the freezer. Sometimes no veggies at all, just a cut-up apple.

But then I decided, at 35 weeks pregnant, that I could and would make Thanksgiving dinner.  Well, actually it was Christmas dinner, but it mostly resembled a traditional American Thanksgiving dinner.  I didn't get too ambitious, but it was definitely a bigger meal than we've been eating lately!  The best part?  I didn't even call my mother for help.  Thus, fulfilling . . .

✔ 37. Cook Thanksgiving dinner with minimal help from my mother 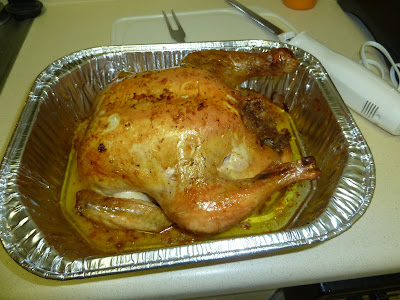 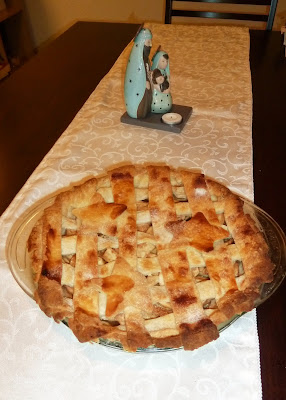 So my Christmas day was spent mostly in the kitchen.  I told B that I was so glad we have an open kitchen/dining/living room area, since otherwise I would have felt like a slave (and very lonely while B played on the Wii).  I think an open area like this will be a requirement for any future house we buy, since I don't like cooking enough to be content in one all by myself while fun stuff is going on in another room.

That was basically my "Thanksgiving in training," and if I ever do anything bigger, I better have some extra hands to help!