We didn't end up doing the cards with a top 10 list, but I decided to make one anyway.  Since we spent more than 6 months apart this year, I have a few extra highlights of mine that I had to leave off to balance it out and make it an "us" list.
Here's the card we chose.  Happy Holidays! 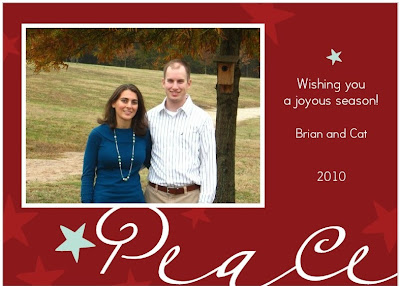