Tonight is a big night!  The episode of Extreme Makeover: Home Edition filmed here in Pensacola that I helped with is airing!  Check it out on ABC at 8/7c.  In the meantime, I present you with some myth-busting about the show, followed by some tips for volunteering.

Wanna get in on the action?  Here are some Tips for volunteering:
Enjoy the episode and look for me!  I'll be wearing a blue shirt and Santa hat, just like everybody else :) 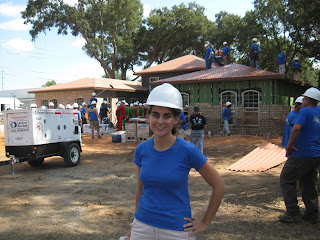