Yesterday morning, I awoke and immediately took to the computer to start tracking flights. He had started his day-long "tour of airports" while I was still out enjoying the Ghent Summer Bar Crawl (and regretting that final shot).  When I awoke, I found that B had landed on time in Munich, then landed his connection in Frankfurt. As I was walking to mass, he was boarding his trans-continental flight to D.C.

I made my preparations after I got back. 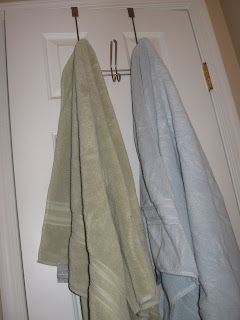 It seems so simple, but I was more than excited to have 2 towels hanging in the bathroom!
At the last FRG meeting, I won a "homecoming prep kit" -- I didn't know then that I would be need it so soon: 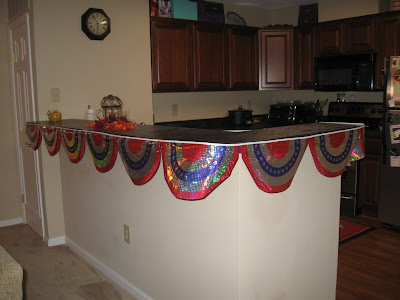 B and I are not the most festive people in the world, so this "patriotic bunting" is quite out of place for us.
Of course I had to decorate our front door: 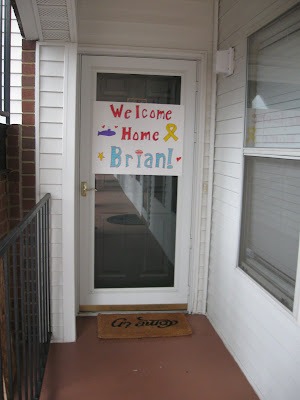 Let's take a closer look at that: 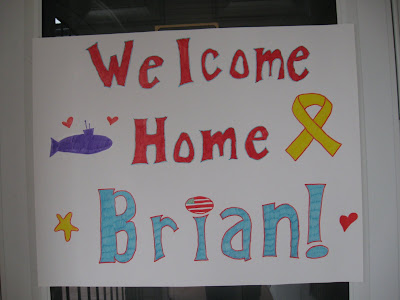 I am by no means an artist.  Or even an elementary school teacher.

Around 10pm or so, I headed over to the Norfolk airport to anxiously await his arrival.  Since I wouldn't be getting a flower from him like you get on the pier, I headed to the Dollar Tree (before 6pm; it was Sunday after all!) and got some balloons for him instead.  And I tied them to a bottle of Gatorade to weigh them down, because balloon weights are just a waste of money. 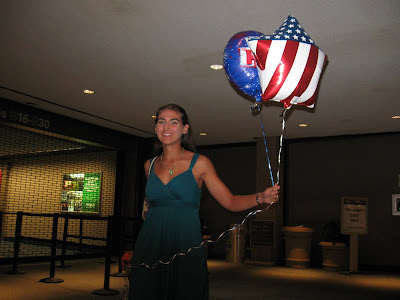 Retired sailors are everywhere in Norfolk, and they're all super-friendly.  The lovely wife took my picture! 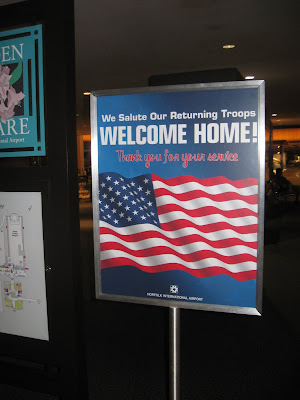 This sign was right next to me.  Yea!
And now for the man of the hour! 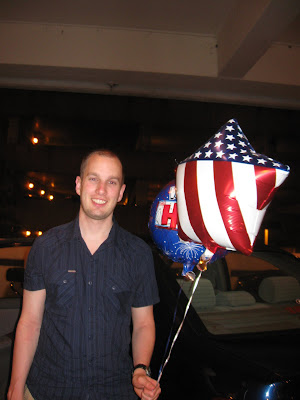 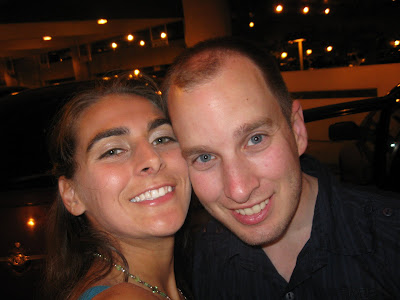 Leaving the airport around midnight, and showing him that I'd gotten better at one-arm photography
And before you think everything is just sunshine, rainbows, and a second honeymoon, let's remember there was a reason he was sent home early instead of coming on the boat.  He dumped all 4 bags onto the living room floor when we got in last night, and started wading through it to find a clean uniform he could wear into squadron today (and his LT bars, which he got freakin' 9 months ago but never tacked on).  Then we spent the entire morning at the Personal Property Office, setting up our move and begging our landlord to extend our lease another 10 days.  Quite romantic, indeed. 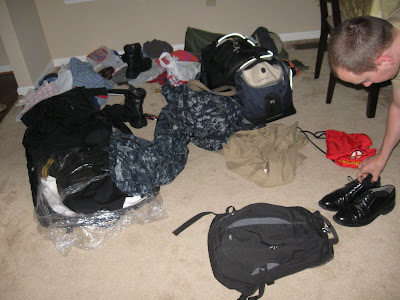 The room looks slightly better now, but only thanks to the gabillion loads of laundry I've been doing.
We may not have gotten the "romance" of the pier (or him in his Whites!) this time, but I sure am glad to have him home!!