--- 1 ---
I finally watched The Princess and the Frog this week. What an adorable movie! But it totally made me miss the Gulf Coast, especially now during Mardi Gras season. I didn't know the movie was set in New Orleans but pinned the accents within the first two minutes. And now I want some beignets.


--- 2 ---
Speaking of Mardi Gras, I saw pączki in the store for the first time. Apparently that's a Polish Fat Tuesday thing. It looked like a doughnut, but it said it was prune-filled. My baby loves prunes, so maybe I'll get it for her.

But where is the king cake?!! I may or may not make some (for the first time ever), but I'll definitely be serving up pancakes on Mardi Gras. I need to pull out our bead box soon.


--- 3 ---
Speaking of homesickness and Lent in general, I booked a plane ticket to go back home for Easter! I haven't actually celebrated Easter with my family in Georgia since my last year of college (2006). It's just the baby and me going, but at least B has family here to take care of him. My sister's husband is becoming Catholic, so if there was ever a year to go, this is the one!


--- 4 ---
My flight was super cheap! Like under $150 cheap. Granted, I'll be driving 2 hours down to Indianapolis and having my in-laws take me to the airport, but still. And oh, I'm staying an extra day or two for no good reason. But so cheap!


--- 5 ---
I miss the beach. And I don't really like the snow or being cold. I noticed yesterday that it wasn't dark when we left the gym, and that gave me hope! C'mon, summer.


--- 7 ---
Did you see my post about my baby's birthday party? It's almost all pictures, so you don't have to use your whole brain. Go check it out if you haven't. Here's a preview: 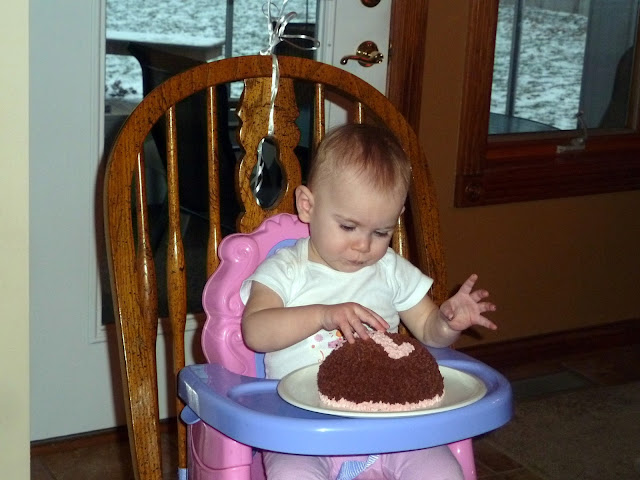