We're past the halfway point of the year. Hooray?! Again, I'm not one to think that time is passing too quickly/slowly, so insert your own comment here.


Here is an update on my resolution list 2014, and relevant comments:

1. Organize the basement. Make it functional. Make it awesome.
Not quite awesome yet, but it is functional now!

Here are some before pics. This place was a mess! 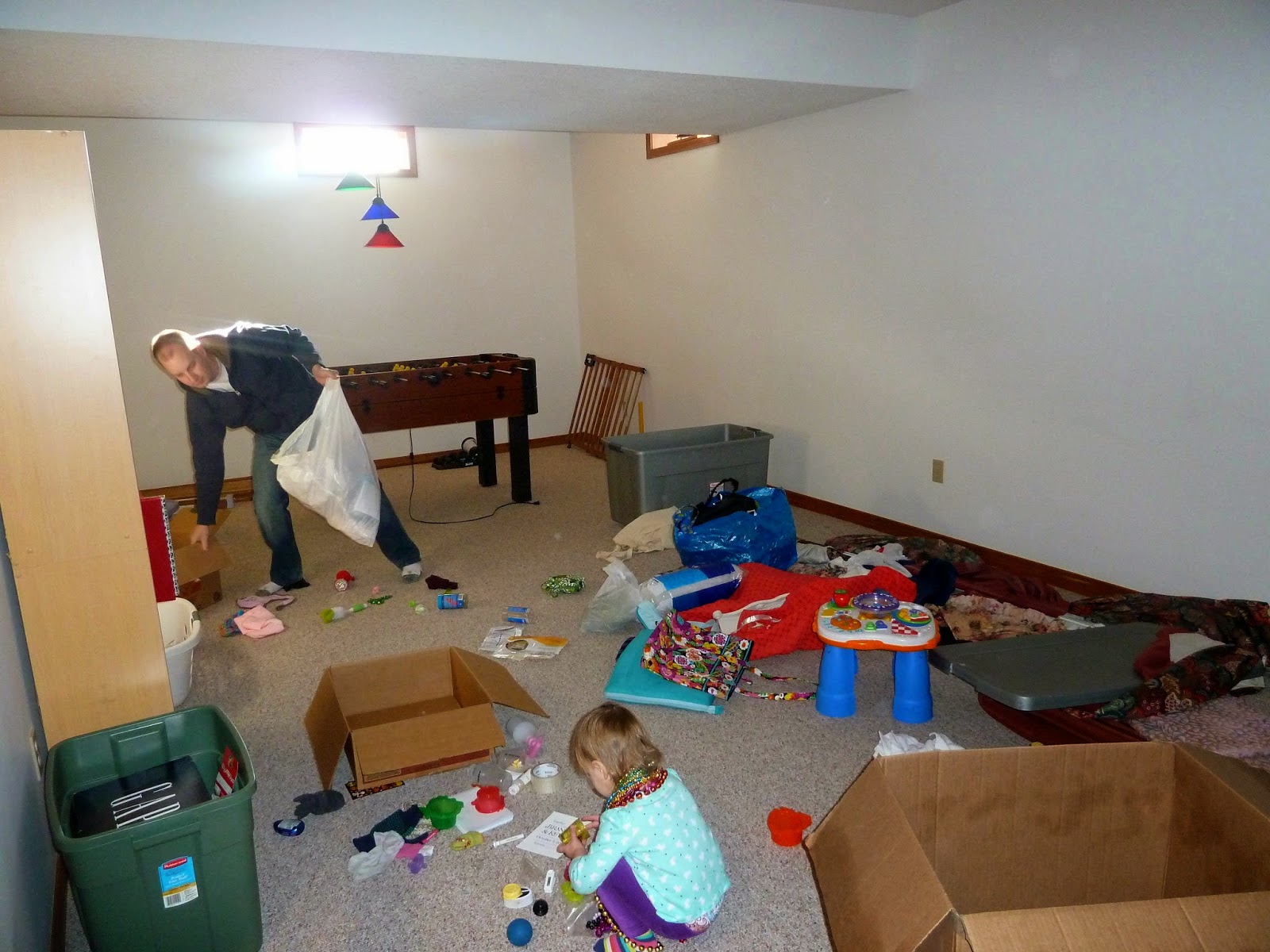 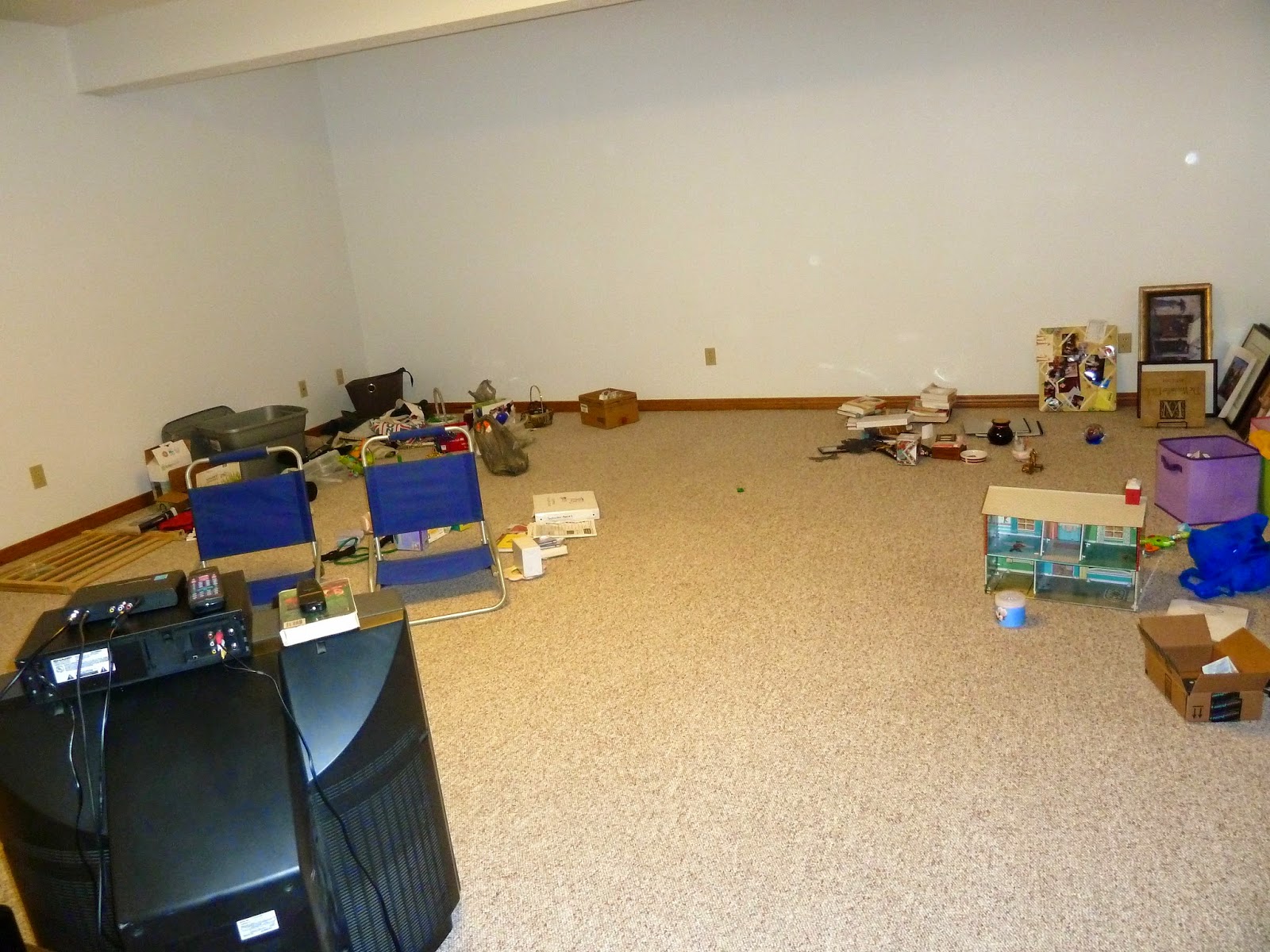 And now for some after:

I still have a few things to do down there, like get some pictures up on the wall. Buy a new shelf for games and books. So far, so good, though.

2. Start a toy rotation for Cora. Maybe once a month swap stuff out.
Being doing this on and off. We have 3 sets of toys, and a reminder in my phone goes off during her nap every other Monday. Sometimes I ignore it. The truth is that she mostly plays with the stuff we leave out all the time (toy kitchen and tea set, Lego duplos, books from the library). But when I change stuff out, she notices eventually. I should probably just sell/donate at least half of it at this point.
3. Re-start Weekly Family Meetings!
Ugh, we were doing so well until recently. B joined a sports league that has games on Mondays, which was our meeting night. We just moved them to Wednesdays, but sometimes I go to a running club that night. We do like to do it while we give Cora a bath. All of us in the bathroom together. And Cora loves us reading from her kids' bible.

I just started a weekly chore chart now that B is home with me, so maybe we should just move it to Sunday night so we revise our chart as part of the meeting?

4. Potty train Cora. Goal is to be daytime-trained around age 2, no later than 27 months.
She's now in undies all day except for naps and night (started right around 27 months!). But this child is a holder and refuses to use a public toilet. It was really bad on vacation--once or twice she held it for more than 12 hours. She often goes only twice a day and then in a diaper at night. She is self-initiating, though (finally!), so I'm gonna go ahead and say she is day-time trained!

5. Use time outs for Cora. She still doesn't quite understand it and won't sit in the chair.
Still working on this. She knows what it is and talks about it and sometimes puts herself in time-out for no reason. But when we give an actual timeout? I have to hold her down sometimes. And then she laughs. And then she kicks the wall. Then she laughs some more. I don't think she gets it. Anyone have tips for this? Should I use the high chair and face it toward the wall? Or is she too old for that?

6. Conquer Cora's picky eating.
We've had a few small short-lived breakthroughs, but we definitely can see that only serving her what's on the table is our best shot at this. Now we just need to follow through with it. She eats oatmeal and drinks milk at breakfast, and I like that but not her other meals. I just don't even know with this. I have to bring food to restaurants because she literally will not eat anything on the menu, not even your typical 'toddler food' like mac & cheese or hot dogs.
7. Get new passport. This has been on my long to-do list for a while.
Has not happened. I currently cannot leave the country. Time to get the wheels a-movin'.

8. Make a home management binder.
I've started a file on my computer, and as of now it has less than 10 documents in it (including blank chore chart, blank menu plan, doctor info, etc.). It's a start!

9. Keep up with the budget on YNAB. And in effect, tithe more.
I don't reconcile accounts as much as I should, but I'm doing quite well with this. I wish I could get my husband on-board with using the app and inputting purchases right after he makes them, but he won't do it. I do about 80% of the shopping, and he knows to give me receipts, so we're making it work. As for the second part, we have been tithing about 20% more this year. We're still tithing even through this period of unemployment, thanks to YNAB's way of budgeting for a month ahead.

10. Read 7 books. And actually finish them. I was really bad in 2013 in regards to reading about 80% of a book and then not finishing it. It kinda drives me nuts when I think about it. (Most of the books are back on the library shelves, so it's not like I'll be finishing them tonight.)
Done!
Joining a book club has definitely helped with this one, so I'm upping my goal to 12 now.

11. Learn 5 new dinner recipes.
B has been learning some recipes from our ATK Cooking School book, too. I hope he makes the pasta with the fried egg on it again. Yum!

12. Get pregnant. (!!) And pray I don't have another miscarriage, will ya? Because that sucked.
I gave blood back on June 3rd, and you cannot do that while pregnant. I also drank way too much at a wedding on July 5th. You do the math. 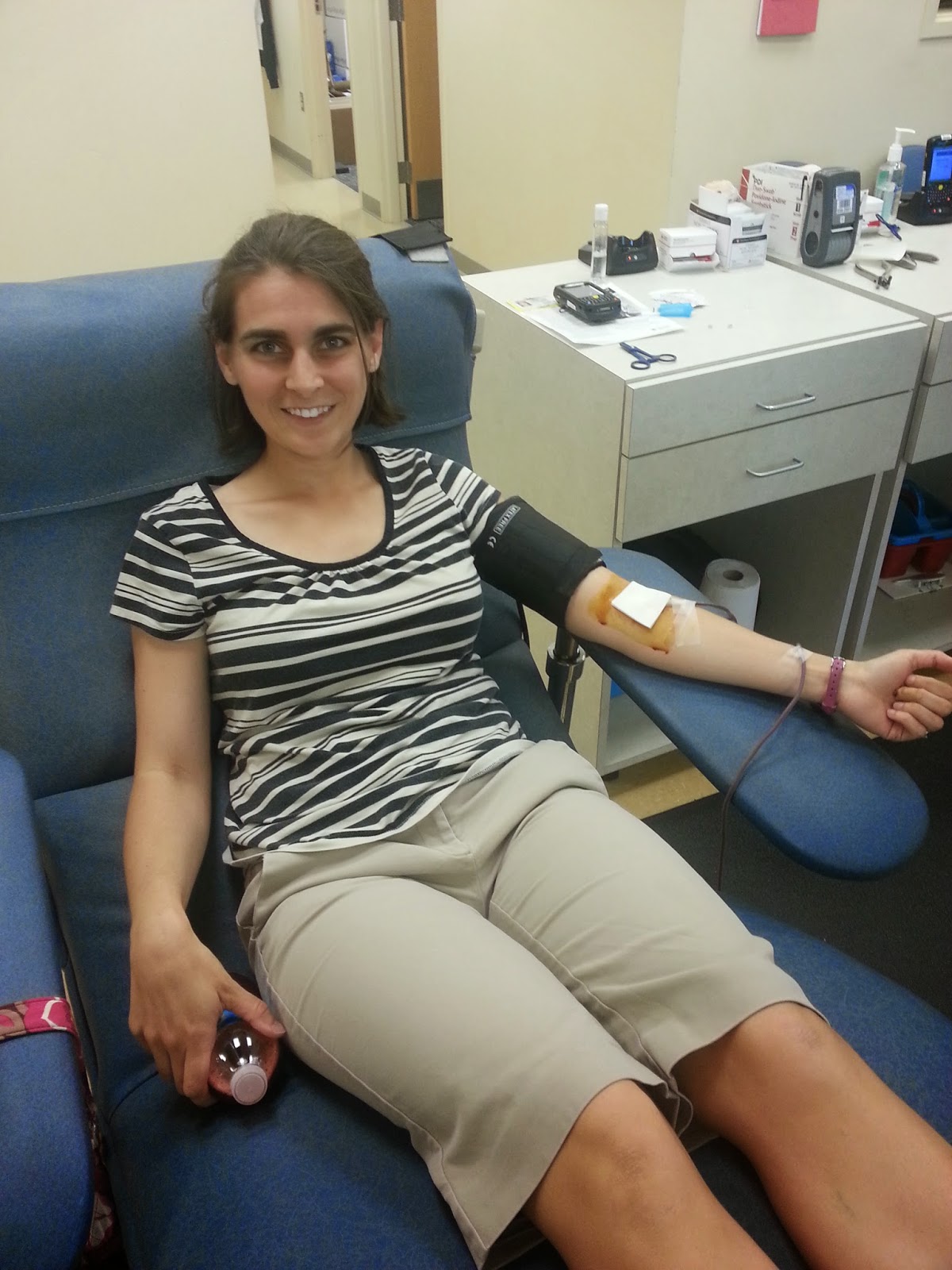 13. Make 2 friends in this town. Like, actual friends that give me their phone numbers and call me to hang out.
I haz a running buddy! And went to the zoo with a different friend and her kids. (She invited us!) I have also brought meals to 2 friends who had babies. Feels good, man.

14. Run 2 races. Setting the bar low because I'm not sure how much I'll be able do if #12 happens (see: bad knee).
Ditched the knee brace this spring, and I've already done 3! 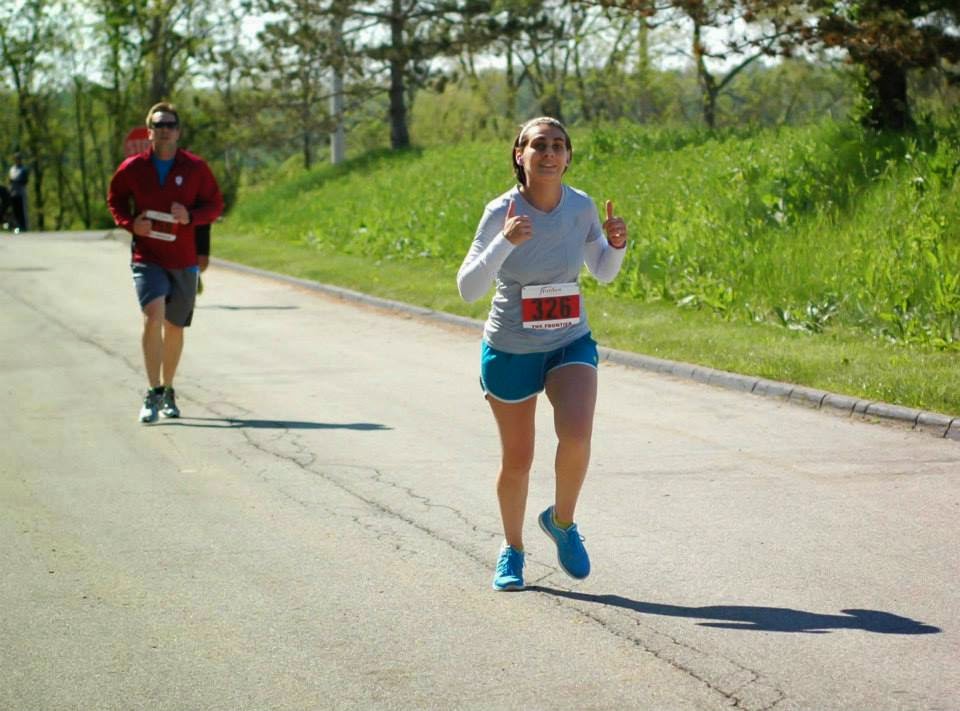 I just signed up for another one in July (and will hopefully be there with aforementioned running buddy!) and will be doing the one our church puts on in August.


Overall, I'd say it's good progress with my resolutions! Some of the Cora ones are slow-going, but when you think about it, I made goals for her, but I can't control everything about her so we can only expect so much here.
Labels: house, miscellaneous