How To Be a Winner

Okay okay, you're all winners in my book. But some people have noticed that I tend to win a lot of giveaways. My mother-in-law makes fun of me because whenever she sees I have something new, my answer is almost always, "I won it in a giveaway."

But how do I win all this cool stuff? Well, today, I will tell you!

While I have indeed won a lot of giveaways, there is one type of giveaway that has consistently eluded me: cloth diapers. I've been trying since I was pregnant to win a cloth diaper, and those giveaways just seem to have so many entries that I never won and basically stopped trying. I haven't devoted much time to them lately since they weren't paying off. Now I only enter them if they're on a blog I actively follow.

My last piece of advice: karma. Give stuff to others and good things will happen to you. I worked with a woman who won lots of awesome stuff (including a trip to Vegas!), and someone mentioned to me that she is a generally nice person who would do anything for you if needed. I don't know how true this really is, but giving stuff to others is generally a good idea.

In that vein, I'm going to do a giveaway. Right now. And lucky for you, I don't have a huge readership, so this will probably be low-entry. (I haven't actually had a giveaway on here that had more than 300 entries.) 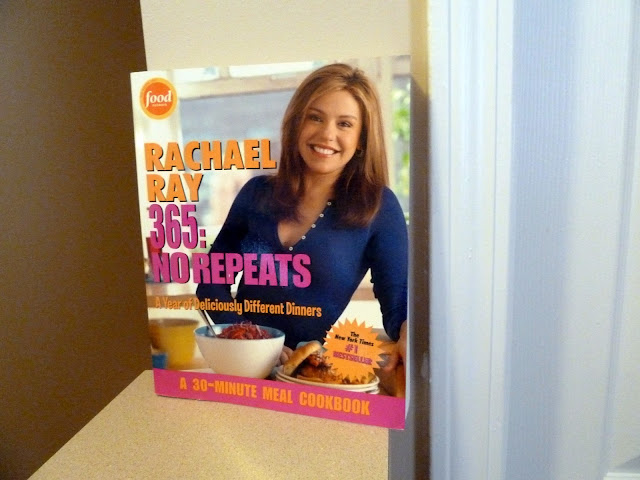 I'm giving away this Rachael Ray cookbook to one winner. Rachael Ray is awesome, but just not for me. This has been waiting to be passed on, and is in very good condition. I'll also throw in some hot cocoa packets, and based on what I can glean in way of details about the winner, I might even add in something random from the re-gifting drawer. Good luck, y'all!

Winner must be U.S. resident or APO/FPO address.
a Rafflecopter giveaway

And if you want to feel like a winner without technically 'winning,' try to snag some freebies! Hip2Save.com is my favorite blog for finding freebies (and no, they don't pay me to say that--I just love it that much). Another place to look is reddit's freebies forum. I love getting those surprises in the mail that I had long forgotten about!
Labels: giveaway