updates from my patio

The great thing about living in Florida? Our early growing season!

Check this post from March 23 for previous pictures so you can see how far it's coming.

I've already picked and eaten 10 of these: 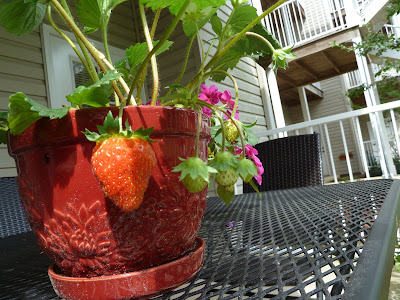 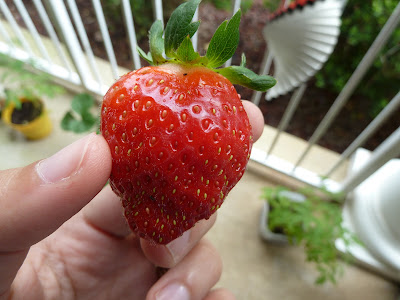 And two of these (with many more to come in the next few weeks): 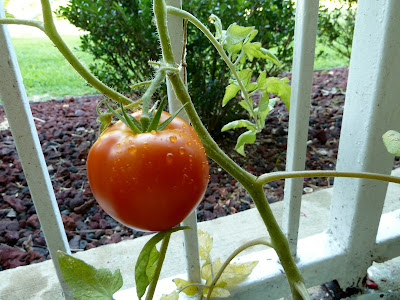 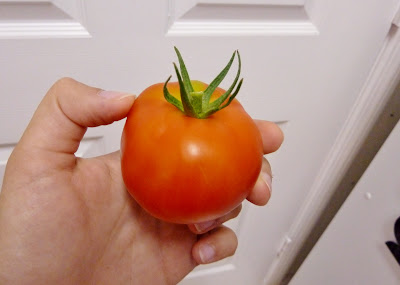 I decided tomato cages weren't worth my money, so twine is my new BFF. 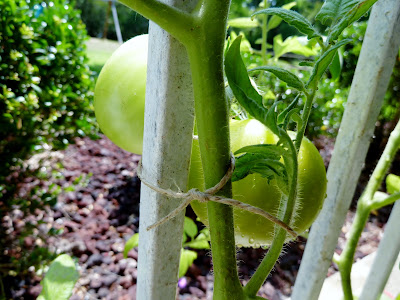 I learned that you have to be a plant-murderer if you end up with every single seed sprouting. 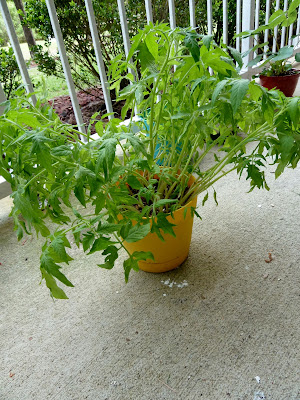 The basil is on the upper left of that picture, and is doing awesome.  (I used some for bruschetta tonight.)  I obviously thinned out the tomatoes once they started running amok (top picture; I was apparently supposed to do it once they got to be 6 inches tall...oops).  And the blue pot on the bottom were some wildflowers I planted from seed that I don't think I thinned out in time; the leaves are turning brown and I haven't seen any flowers yet.  Oh well.

It looks like I'll be having tomatoes all summer, since my ones from seed are starting to flower just now: 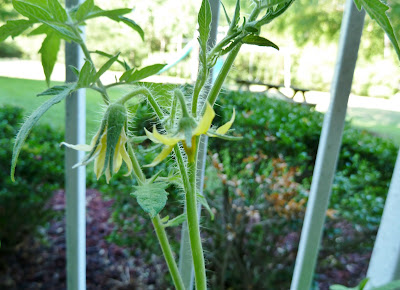 Other than the wildflowers, I've had some other garden casualties.

And, saddest of all . . .
I moved that orchid around a lot, from this room to that room, trying to get it to live.  Nothing.  I finally chucked it, and I'll be reusing the pot for something else.

I'm pretty happy with the way my first attempt at gardening is turning out, though!  Lots of tomatoes and a steady supply of strawberries and basil.  I'll be planting some different flowers to replace the salvia this week.  I'm hoping that the 3 H's of the Florida summer (heat, humidity, hurricanes) don't kill everything off!