Thoughts On a 3-Year Gap

Right before I had Audrey, my mother-in-law kept telling me that Cora would look so old to me after the baby arrived. "She'll look like she's ten!" she kept repeating.

Well . . . that didn't happen. Three year-old Cora still looked like a three-year-old to me. (Both B and I thought she felt incredibly HEAVY after lifting an 8 pound baby for a few days, however.)
I thought about why my MIL's prediction didn't pan out for us and realized that her first 3 kids were all 2 years apart or slightly less.

Yep, she has the stair-step. Most of my friends have the 2-year stair-step. The one I didn't think I wanted but then envied when it took us longer than we thought it would to conceive another child. After observing Cora and other friends' children, I came to the conclusion that somewhere between 2.25 years and 2.75, our little ones transform from "baby" to "kid." So Cora was already transformed and didn't need a new baby to push her that way. 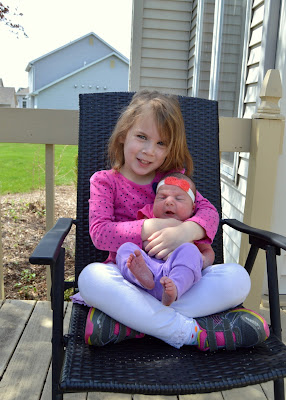 While I think any age gap between siblings has its blessings and challenges, I think the 3-year one has had some definite benefits for us.

I'll obviously take whatever gaps God gives me when it comes to children (I have miscarried before and know the pain that comes from planning one thing and reality being completely different), and I don't think there is a right or wrong number of years, but so far, I am liking this 3-year gap. 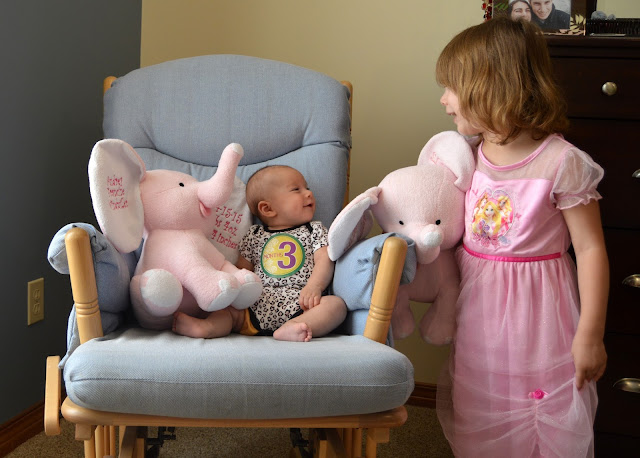 I unintentionally wrote a list of 7, so we'll call it 7 Quick Takes for this week! Linking up with Kelly at This Ain't the Lyceum