I made me some resolutions (slash to-do list) way, way back 6 months ago. Let's see how they're panning out.


1. Have baby, name the baby!
Done, and done! I had said in January that naming was harder than birthing, but I got a stubborn one who had to be induced at nearly 2 weeks late. Named in about an hour after birth, little Audrey Francine has been a pretty awesome baby so far. 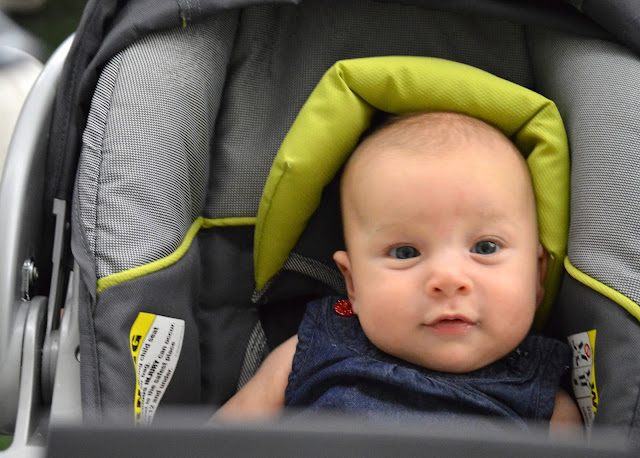 2. Still be pumping at work a year from today.
As much as I was dreading pumping, I'm doing great! And I don't dread it. I got my routine down and my supply is doing beautifully. I can pump out her full 4oz. feeding in less than 15 minutes usually (and in my first morning session, it's more like 6oz.) It's too early to say, but I think I'll make it the year.

3. Decorate Cora's room.
Done! The only thing missing is the curtains that I haven't made yet. B has contributed, too. Her room runs really hot in the summer and he bought these tinting decal sticker thingies for the window that have really helped! 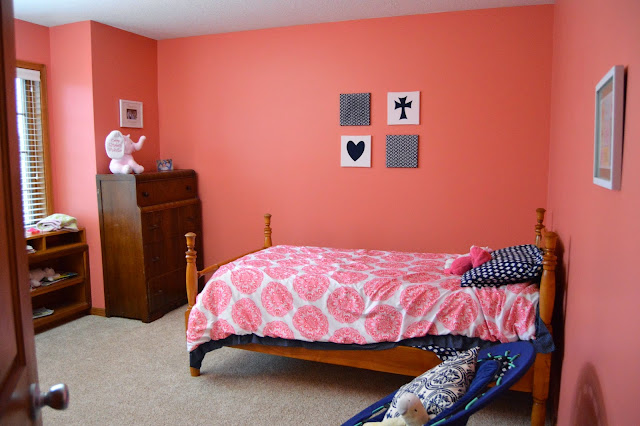 4. Read 12 books.
Well, I thought I wasn't on track because my book club read the same book for 6 months (which did not help light any fires under my bum), but actually I've finished exactly 6! 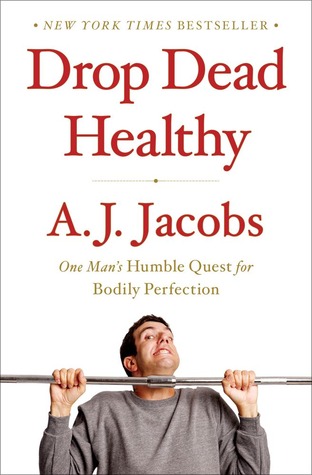 My book list so far, and I'm currently reading another two:

1. Drop Dead Healthy by A.J. Jacobs
2. The Beginner's Photography Guide by Chris Gatcum
3. Marriage: Illustrated with Crappy Pictures by Amber Dusick
4. Shopaholic to the Stars by Sophie Kinsella
5. Bébé Day by Day: 100 Keys to French Parenting by Pamela Druckerman
6. Having a Mary Heart in a Martha World by Joanna Weaver

And yeah, 2 of those (numbers 3 and 5) are sorta what I call "throwaway books" that I read in like a day. Totally counting them.

5. Run ONE race.
I have gone running once so far since giving birth (one mile, and it was S L O W), so I'm sorta on track! I think my goal is to run the River City Rat Race in October.

6. Host 4 dinners at our house.
We've had one. And does Cora's birthday party count? Or hosting Book Club? (Things to ponder.) My sister and her family and my parents are coming in town this week and we're having a baptism party, so I think I'll count that somehow as another.

7. Learn how to use my fancy camera.
I read the photography book, sorta figured it out but still haven't invested the time or energy to do everything on manual. But I do know my other settings pretty well and have gotten decent shots.

8. Get that blasted passport already.
Still need a push on this. Maybe we just need to plan a trip to Canada so I get it done.

Basement Update:
And this was on last year's list, but it keeps evolving, so I thought I'd share. I had the goal to clean/fix up the basement back in 2014.

Before everything, here was what we were working with: 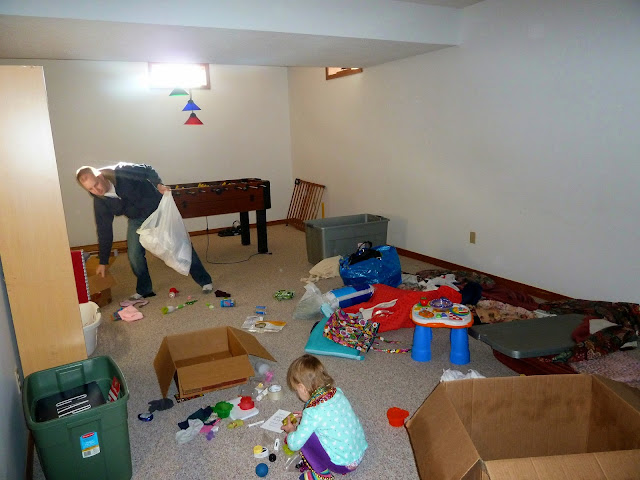 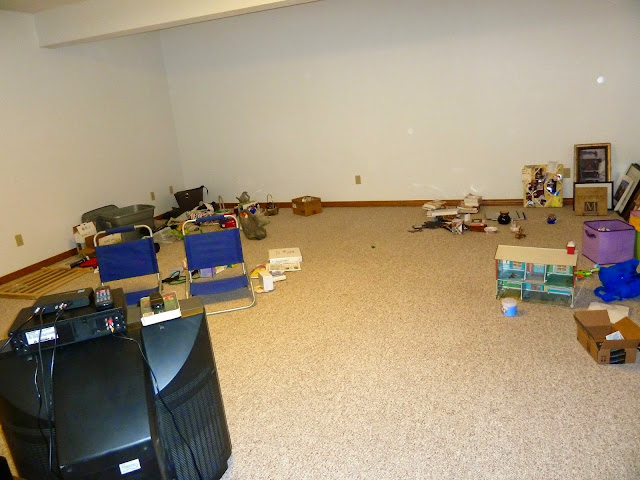 Mid-year check-in (a year ago from now) it looked like this: 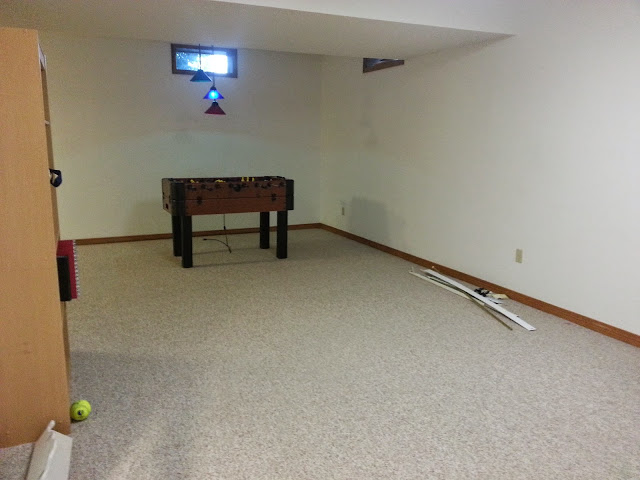 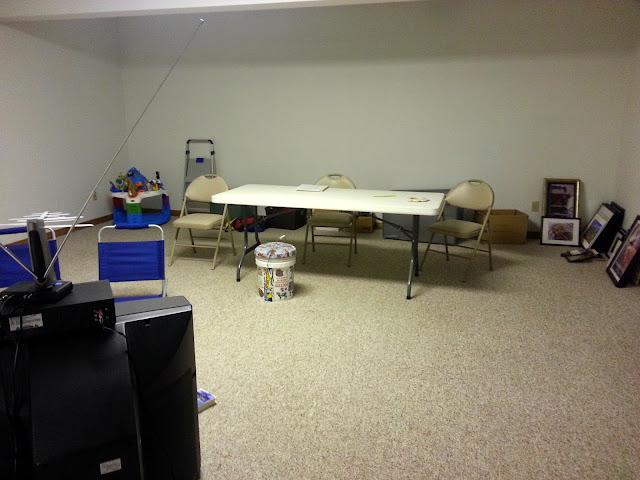 Nice, right? Except then life happened. 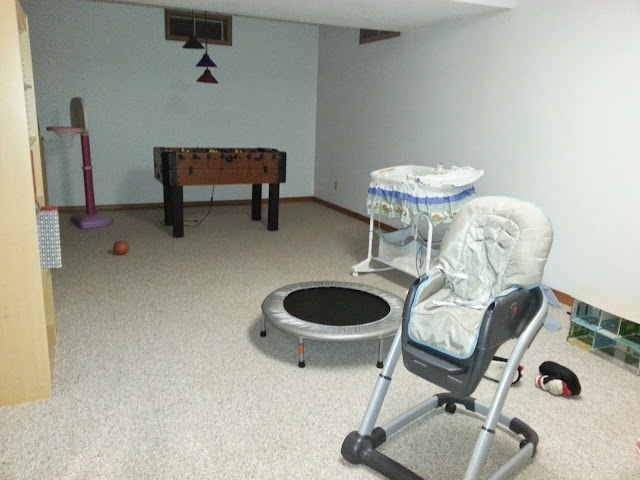 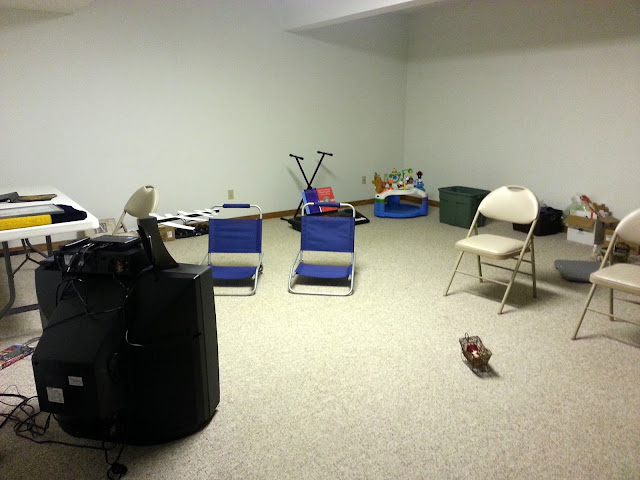 And now, thanks to my wonderful husband, it looks like this! 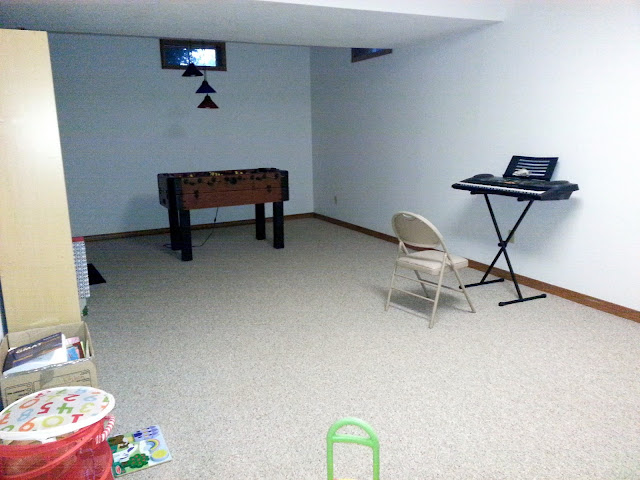 So those are my goal updates. I think I have a good chance of hitting them all within the next 6 months. How are you doing with your goals?
Labels: before and after, books, exercise, house, running