So remember that house we bought way, way, way back in August? Yeah, it feels like a lifetime ago. Especially because we haven't even moved in yet! But soon! Very soon! As in, this Sunday soon!

And here are some themed 5 Favorites for this couple of weeks.

Full disclosure: we saved all our boxes and supplies from last year's move. (Hey, the Navy paid for it!)

These suckers are the greatest things ever! Just put a bar on the top, hang your clothes, and then you are all packed. Genius! 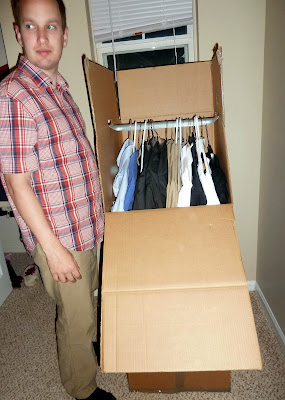 Only drawback: doesn't fit much. But whatever. 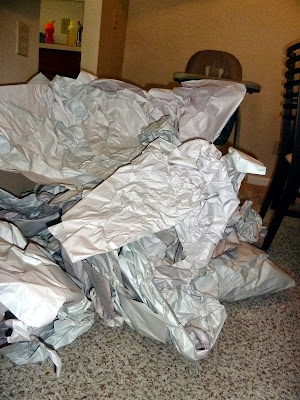 Yeah, we saved this too. And holy smokes, what a mountain! I've been keeping most of it in a closet in hopes that it doesn't sprout legs and attack us in our sleep. 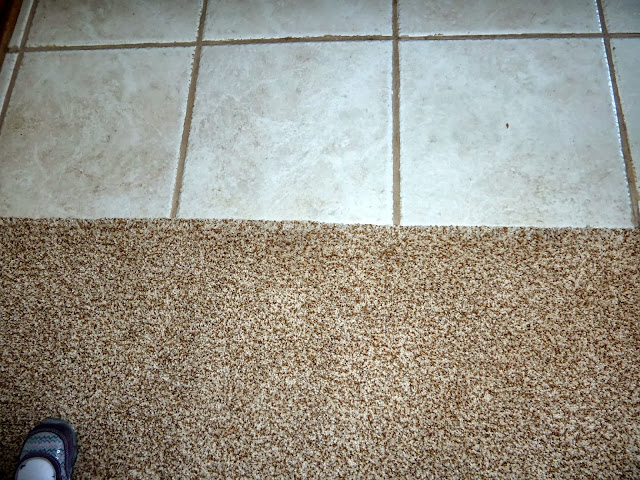 I almost wrote a whole entire post about the carpet. See, the house we bought had carpet, but it was NAS-TAY. The previous owners had let their dogs and cats use the whole house as a litter box, it seems. Pee stains everywhere. The place disgusted me to the point where I didn't even want to change Cora's diaper on that floor, even with a mat. We ripped the carpet out ourselves, and every single little roll made had a pet stain on it. It was on the pads, and there were spots all over the floorboards. There was that lovely urine smell in the air at the house, and I hated being there.

So then we spent a lot of money on nice, beautiful new carpet. It is heavenly. I gave it a hug after it was installed. Then I just laid on the floor and promised it I would take care of it. With Resolve or Folex or whatever I need to do.

This was basically the whole reason we couldn't move in straightaway, but there was a ton of other stuff to clean at that place as well. (People who don't clean up after their pets mostly don't clean their kitchens or bathrooms either.)

That needs to be in a darker shade of bold. He has done soooo much work both on the house and moving stuff. He and his mom were actually the ones to cut up and rip out all the old carpet (not "we" as I previously said). B then used this stuff (or something like it) to paint over the pet stains and kill the odors on the floorboards. (I honestly thought they needed replacing, but it turns out we didn't!) For moving, B has been taking stuff in his car for the past month (throwing it in the basement before the carpet came). He actually took all the pictures and put them in towels and blankets, so I didn't have to wrap them in paper! He hates having packed boxes in our small apartment, so he has been carrying them down the stairs to our apartment garage and parking his car in the lot (and it just got cold with frost and such, so that is quite the sacrifice). B is my moving hero.