What I Wore to Mass and Other Goings-on

I'm linking up with Fine Linen and Purple's What I Wore Sunday again.  I promise I have done more lately than just get dressed and go to mass, though.
We've been in this apartment just shy of two weeks.  I've been working on this gallery wall: 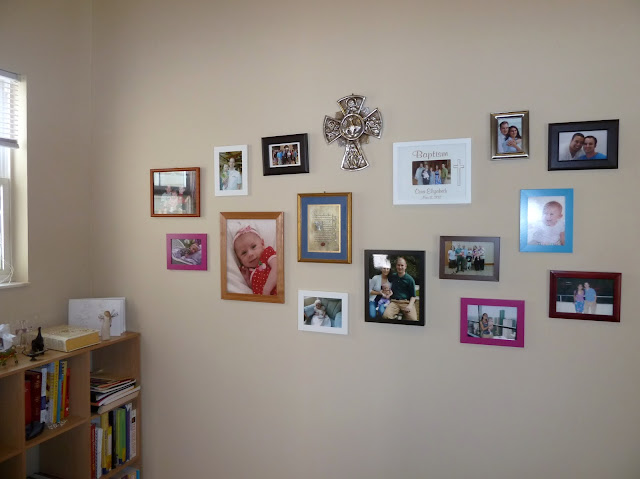 Baby Cora has been working on her mobility and her central incisors.  She skipped creeping/army-crawling and never liked rolling very much, so we never even had to childproof the last place.  But in the past week or so, she started crawling and pulling up and is cutting another pair of teeth. She also turned 9 months old on Friday and had a doctor visit.
And B has been working on getting everything squared away for his new job, which he starts tomorrow, bright-eyed and bushy-tailed at 7am.  Actually, I don't think I could ever describe my husband as "bushy-tailed," so nevermind that part.  B has also shown me around a bit, including a little stroller walk in his old neighborhood.
Now onto what I wore to mass today:
I haven't worn these pants since pre-Pensacola, and I apparently haven't gotten any taller as they still need to be hemmed.  I like the colors on them, though. 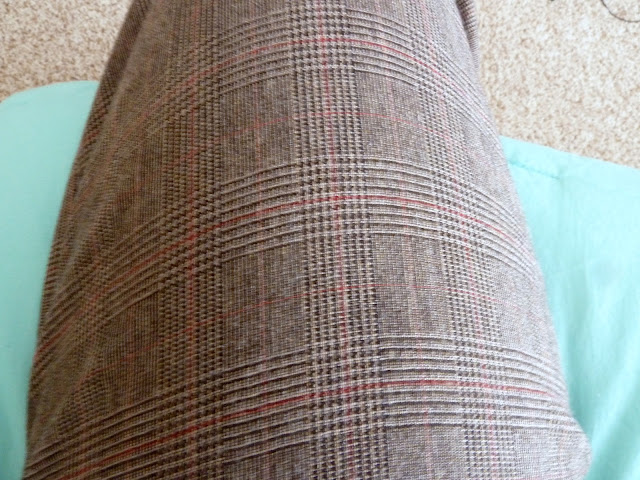 I took a risk wearing a long necklace while toting a grabby (and sometimes grubby) baby.  It was cold inside the church, so actually my jacket stayed on most of the time and it was a non-issue (B held her through most of the service anyway).  Also, as we were driving to church, I exclaimed, "Crap, I forgot my rings!"  B smirked, and I just had to ask, "You forgot yours too, didn't you?"  Sigh.  He also left the garage door open, and we both forgot to bring a jacket for the baby.  Garages and cold weather are new obstacles for us.

Here is what Baby wore to mass, minus the sour grimace:
Well, my feet are still freezing, and B promised I could buy some new clothes once our apartment was put together. I definitely think some riding boots and some warm socks are in order!

Check out some other church-going lovelies at Fine Linen and Purple.
Labels: baby milestones, fashion