Yesterday was my due date, which obviously came and went with no squishy baby to show for it. Normal? Of course.

While I'm not sure if I've technically "nested" (except the day I decided to vacuum out my car perhaps), we have done some stuff to prepare for our newest family member.

1. Getting the nursery ready (even though we won't use it for a few months) 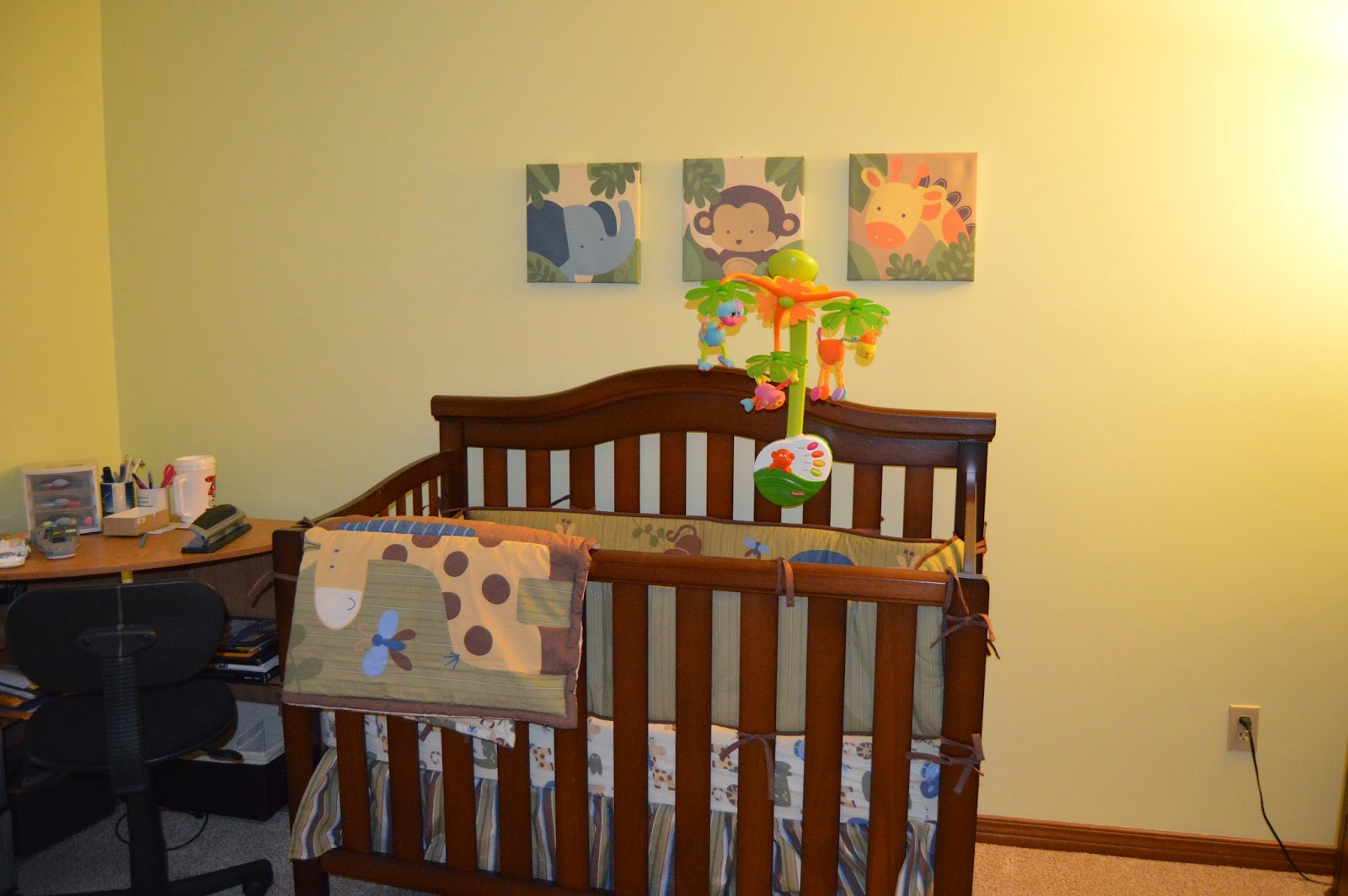 Cora is staying in her room, and our office has turned into a nursery/office for now. We'll get the desk out of there when the need arises. 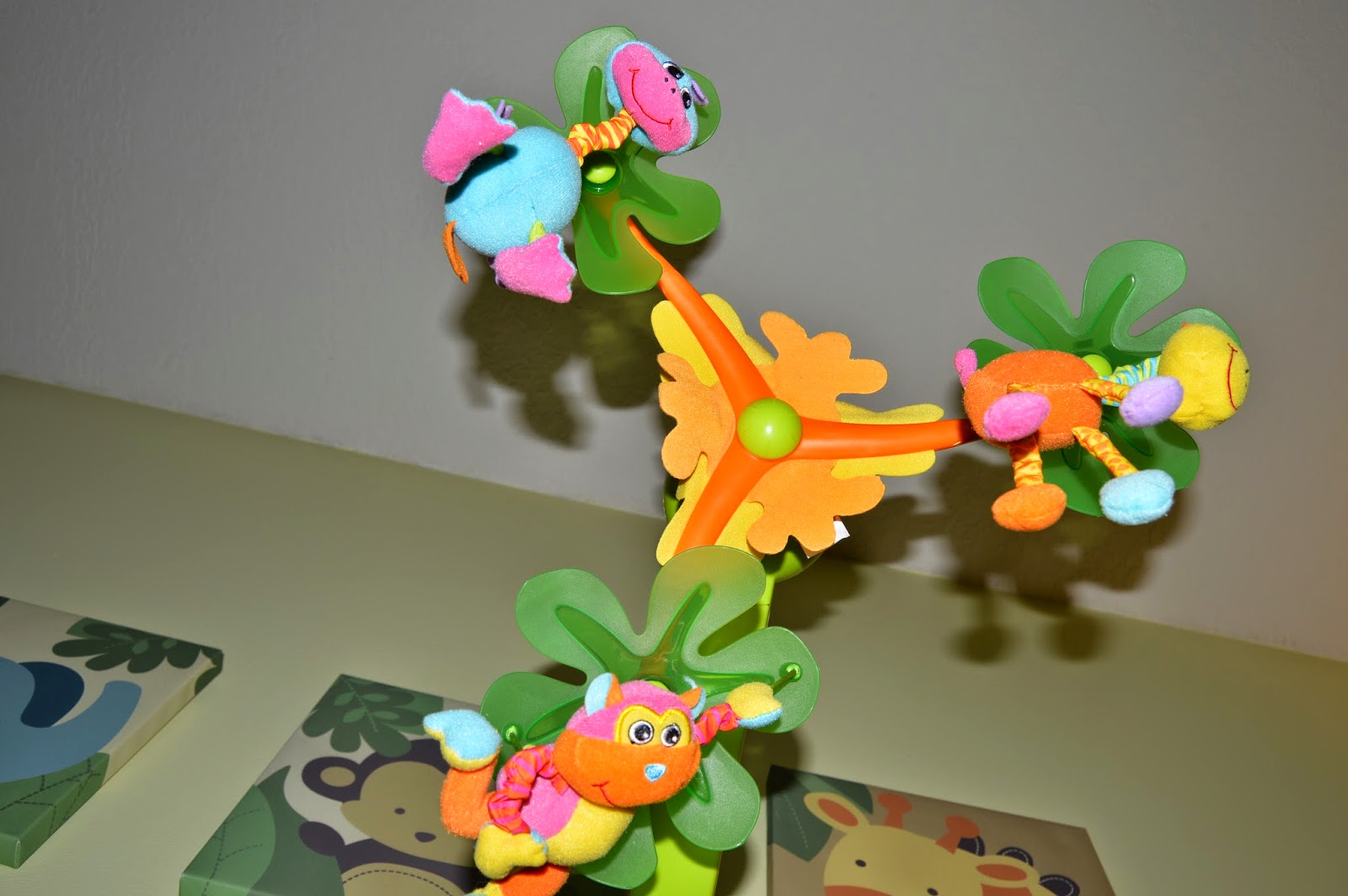 2. Getting Cora's room decorated
I had been meaning to do this since, um, August, when I repainted her room and decided on a coral and navy blue color scheme. So it was about time, but I knew we would switch some furniture out and rearrange so I let it sit. 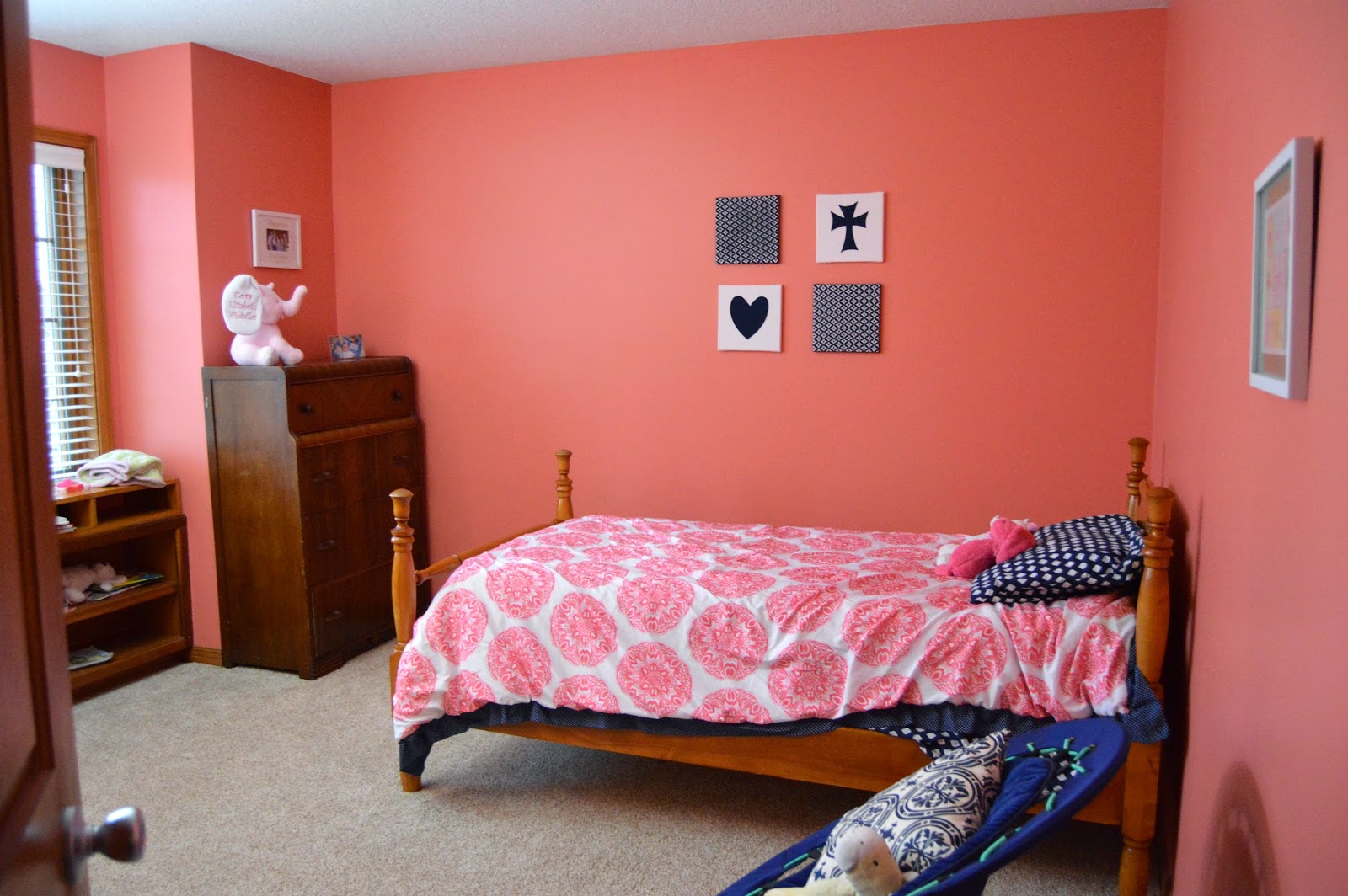 I made the 'artwork' with some art canvases covered in fabric. Then I cut shapes out of some other fabric and used fabric glue to attach. Easy project (although my stapler was not very good, and I ended up bringing home my work stapler to finish it. A staple gun is the best option, but the staples in ours were too big and stuck out too far.) 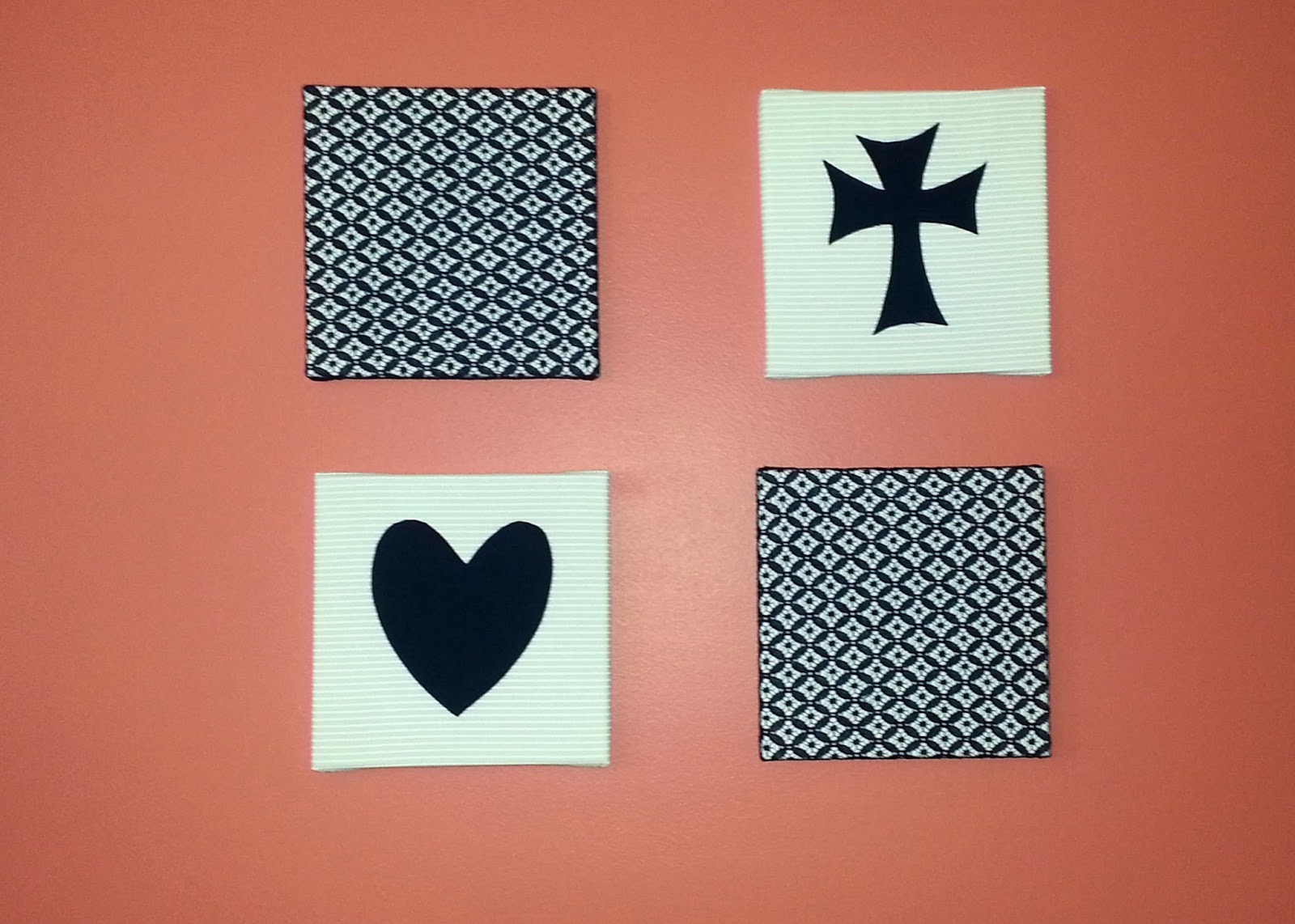 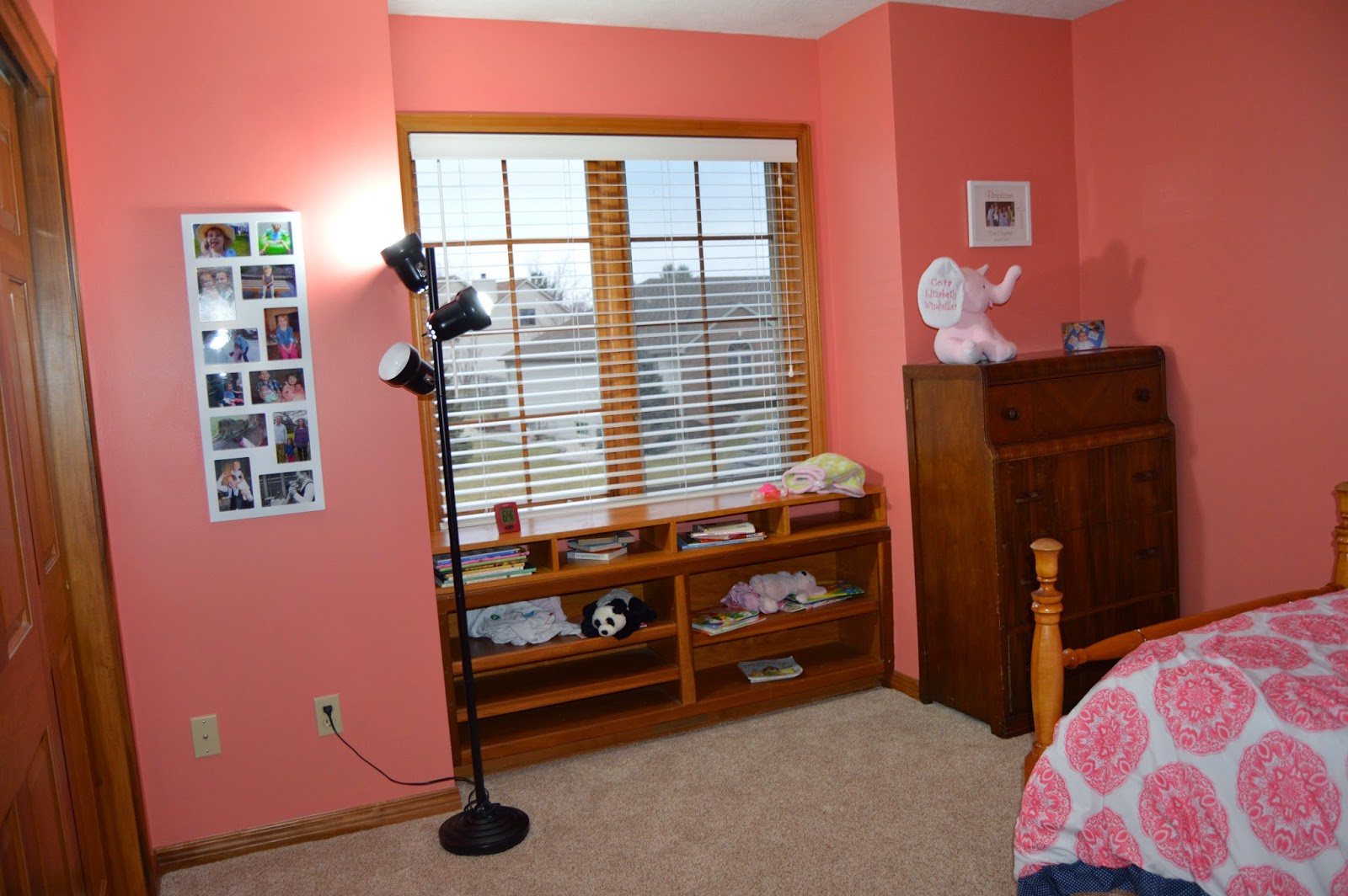 I think I still want to add some navy blue curtains to the window, and then we'll call it mostly done.

3. Buying new pajama pants
When I was pregnant with Cora, I had a short "pregnancy vs. x" series on the blog, with topics like Pregnancy vs. Habitat for Humanity and Pregnancy vs. A Music Festival. Well, this time around, pregnancy didn't stand in my way much. However, if I had to pick something to remember, it would be "Pregnancy vs. Pajama Pants."

I have ripped--the the point of needing to throw out--not just one, but TWO of my favorite pairs of pajama pants. They're the Old Navy lightweight cotton ones that I've had for YEARS, and they were the only pjs that still fit on my expanding bottom. The first pair didn't make it through the second trimester due to my own clumsiness in trying to put them on and stepping my foot right into the crotch part. On Wednesday, my second pair broke (also in the crotch) when I was cleaning up the house and squatting down to pick stuff up. I went to Old Navy on Friday and bought another pair (a size up, ugh). I even tried them on, which I don't recommend to any 40-weeks pregnant lady, like ever.

4. "Practicing" labor
Ugh. We thought I was in labor the day before I was due. Steady contractions all day long, but they were very mild. They never got more intense. I went to work the whole day and timed them with an app on my phone. Everyone was excited for me and was hoping to hear good news soon. My mother-in-law drove up to stay with us, expecting that she would be taking care of Cora while we were at the hospital.  But it never progressed to anything more than mild contractions.

I slept a bit, then woke up a bit nauseous on Friday morning (my due date) and decided not to go into work. Then it all just stopped. No more contractions, no more labor. I guess I ended up taking a "mental health day." I was mad. I felt like I was letting everyone down. And I was tired of getting texts from anyone and everyone about 'how was I doing, do you need anything?' (I think a lot of this was due to lack of sleep. Although I still don't want the bothersome texts.) I got hit by the one-two punch of prodromal labor, and I'm not a fan. Isn't this gorgeous? I still can't figure out if it's my size (it's a one-off listing on Ebay), and I have no desire to jump through the hoops for a return, so I'm refraining. But darnit, it's so pretty.

6. Zumba and cartwheels
I think I've started to become a legend at Zumba, what with showing up the day after my due date for class. But I had so much energy this morning, and probably sweat harder than I had in the past 2 months.
I also did 2 cartwheels after the Tuesday class (during week 39), and it, uh, kinda hurt. As evidenced in this video:

Well, that's pretty much all the preparations we have made (aside from a half-packed hospital bag). Baby can come out now if she wants!
Labels: crafting, exercise, fail, fashion, pregnancy