Do I have any other ultimate frisbee players out there in blog-land? It's actually something that B and I sorta "clicked" over when we initially met. Little did I know that he basically played a whole different sport than I did. He played for a club team at Notre Dame (name: Papal Rage)--they went to tournaments most weekends, called plays, had practices. I learned the sport from barefoot hippies on the Myers Quad at Georgia. We had an intramural league, and it was mostly just running around in circles trying to catch the disc.  When I lived in Jacksonville, I found a group to play with that was definitely of the barefoot-hippie ilk.  I just thought that was how the game was played . . . until I moved to Norfolk.
B had a group in Norfolk that played the version of the sport he knew.  It was definitely a learning curve for me. Basically, there was a lot more strategy to it, based on forcing the opposing team to go a certain direction when you're on defense. My knee started messing up during all that, so I ended up just watching B play when we were out there. He found a group to play a few pick-up games with in Pensacola, and they were more my speed. However, I was 9 months pregnant at the time, so no playtime for me.
Now that he is unemployed about to start grad school here in Fort Wayne, I convinced him to join a summer league that I found online. They play once a week, and his season just ended yesterday. I brought Cora out there a few times to run around and watch Daddy do his thing. She liked to cheer, "Go Daddy! Go green!" 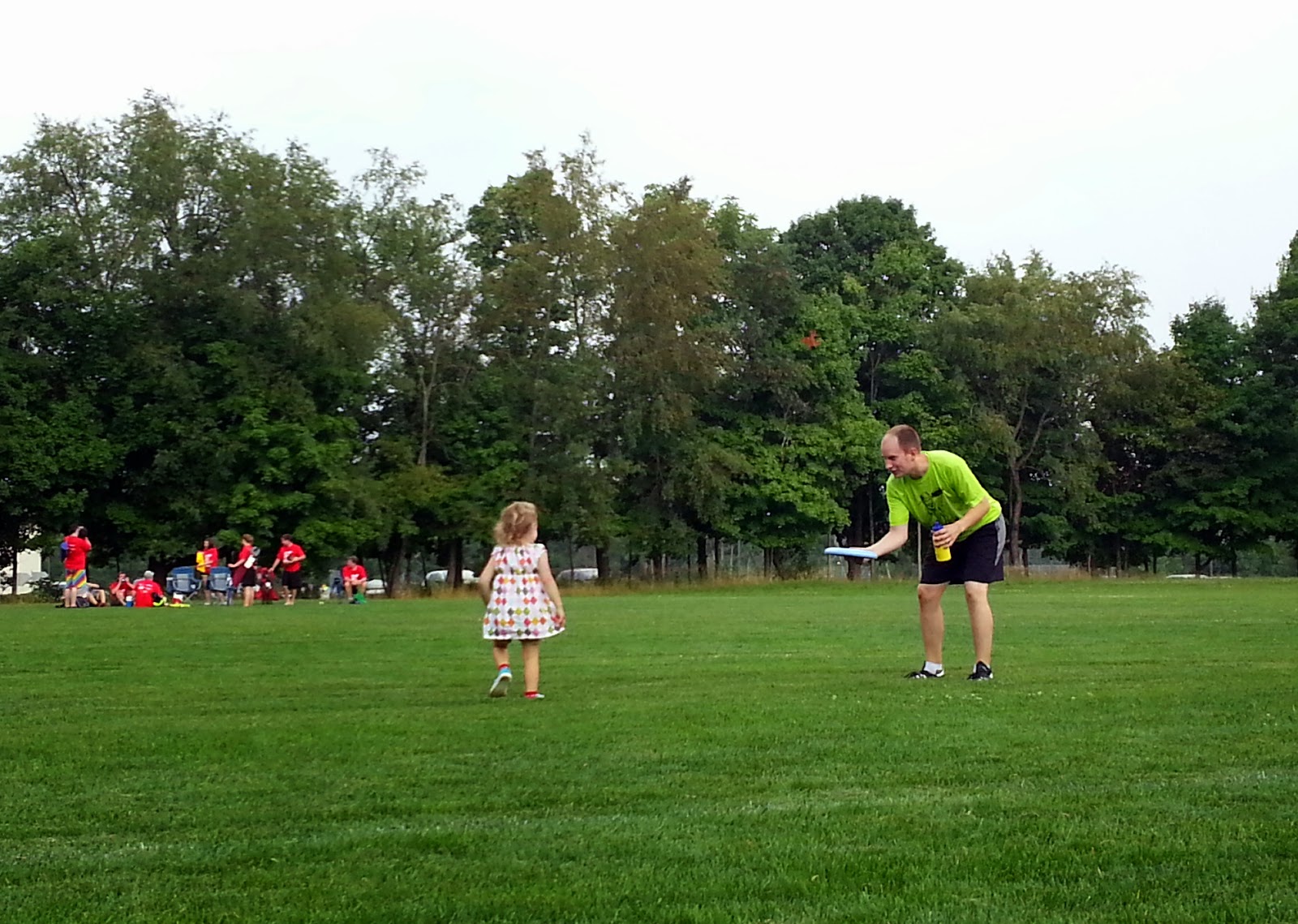 Watching B play was a lot of fun for me, too. I realized how much I miss it, and hey, maybe I'll join next year's summer league?

I love my sigh at the end of this. I was really into the game!
(This is my first time using Blogger's video uploader, so I hope the quality is good enough so you can figure out what's going on.)


p.s. If you don't know anything about the sport of ultimate, it's basically like soccer without the dribbling. Here's the wikipedia link, if you're so intrigued.
Labels: exercise, sports